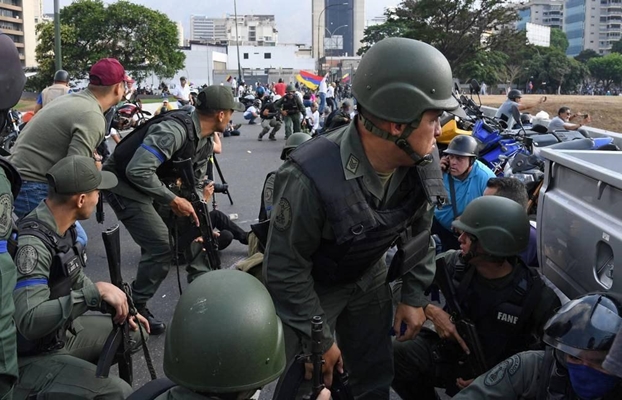 “We are closely watching the current developments in Venezuela,” Mousavi said in a Tuesday statement, adding that “chaos and anarchy can by no means resolve political differences in the country.”
“The best way [to settle the differences] is to establish dialogue and develop the required mechanisms between all parties in order to have the people’s problems resolved by forces committed to the development and prosperity of the country, under the leadership of the legitimate government of Venezuela,” he added.
Tensions are high in Venezuela amid a standoff between the government and the opposition. The government says it is confronting a small group of military traitors that are seeking to promote a coup.
Thousands of government supporters have gathered in front of the presidential palace, slamming the coup attempt. The coup began after opposition leader Juan Guaido released a video, saying that he has launched the final phase of his plans to oust President Nicolas Maduro.