Tehran (Basirat) :On the second day of the auspicious month of Ramadan, a group of students of seminary schools (Hawza Ilmiyah) met with the Leader of the Islamic Revolution—Ayatollah Khamenei—this afternoon May 8, 2019. 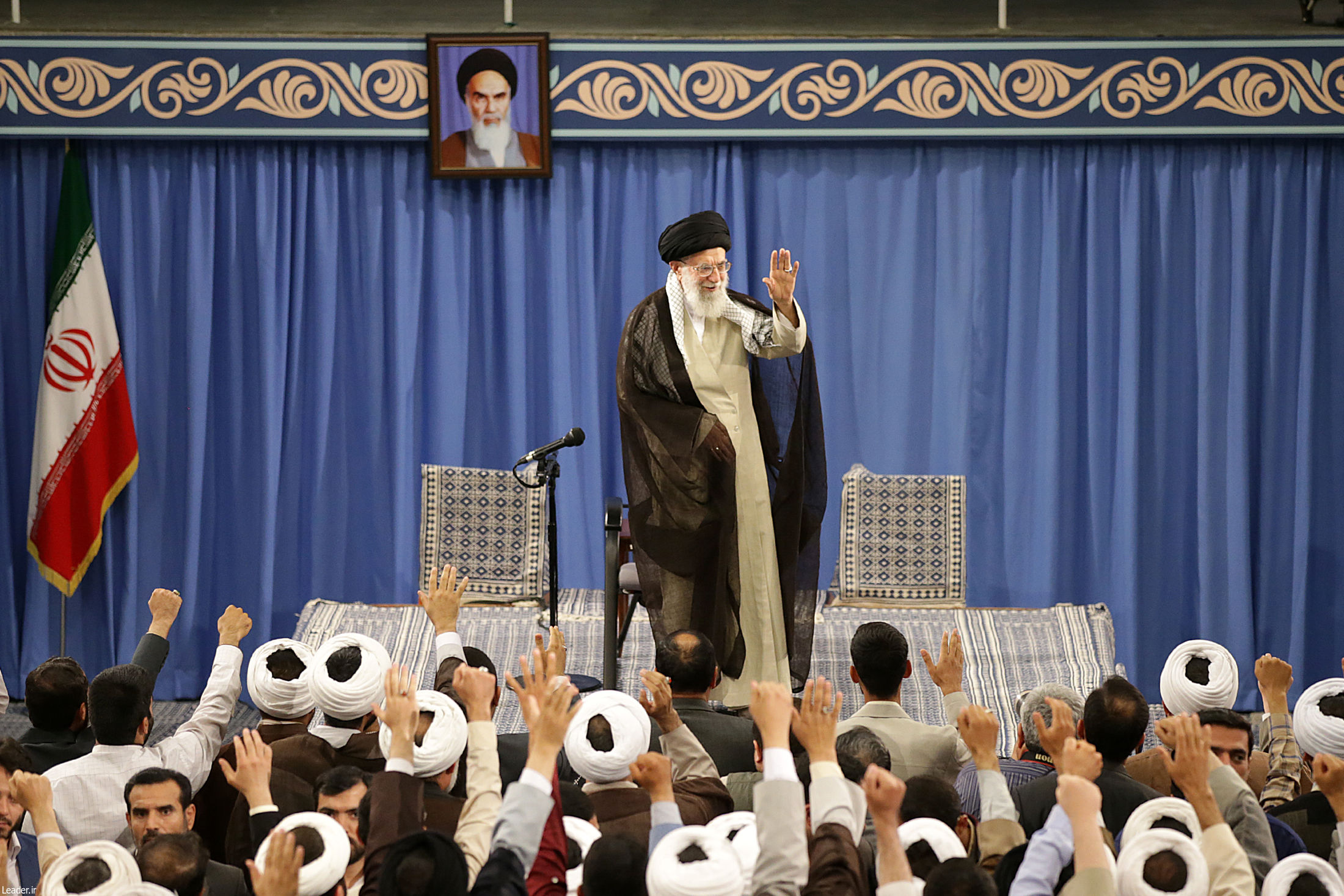 In this meeting, the Supreme Leader described the general public as interested in religion, thus making it a heavier responsibility for the seminary schools to address public demands and stressed: Some say the people have distanced from the religion but the truth is something else. Today, the responsibility of the seminaries have become heavier than the past; the reason is that the need and acceptance have increased. Today, the youth of the Muslim world and even outside show interest in elevated and prominent religious concepts.

Ayatollah Khamenei compared the interest in religion among the public as more sophisticated than in the past and held: Previously, there existed strong beliefs, yet it was not manifested by knowledge. In Tehran, Sheikh Fazlollah was hung in the center of the city. Some cried here and there, but no real action was taken, even though at that time the government of Reza-Khan was not in place yet.

Ayatollah Khamenei praised the memory of a clergy who was beaten to death in Hamadan in hate crime and referred to the strong public reaction to it, stating that: Now compare this with the strong reaction that followed the martyrdom of the seminary student in Hamadan, getting echoed all across Iran. If that funeral had happened in Tabriz or Tehran or anywhere else in the country it would have happened with the same zeal.

The Supreme Leader went on to say: Now some would say that people have distanced themselves from religion. When we were students at the seminary, never in any city or at any gathering, you would see such religious assemblies as you see today, not even a tenth of it. The religious sums that people give away today show the extent of their practice.
Ayatollah Khamenei criticized baseless comments about public’s respect for the clergy, asserting that: Many comments are made with no knowledge. But the clergy are respected, and despite the propaganda, the facts speak for themselves. This makes our responsibility greater.

The Supreme Leader advised the seminary students and clergy to move beyond promoting Islamic teachings and establish an understanding of Islam among public and maintained: Islam is not only about giving teachings; it is also about the practical fulfillment of those teachings.
Ayatollah Khamenei described hawzas—Seminary schools—as the hub of Islamic teachings and said: The seminary is at the center of Islamic teaching. Islam should be understood. We might reduce Islam to principles, subsidiaries, values, and lifestyles as well as methods of governing—even though they are all necessary, however, this represents only a part of the duties of the seminary and only a part of Islam.
The Leader of the Islamic Revolution described establishing monotheism in society as another responsibility by seminaries and held: The other part is about establishing these facts in the daily life of the people. Islam is not only about monotheism; Islam includes establishing monotheism in society.

Ayatollah Khamenei urged religious scholars to establish the practice of Islam and follow Imam Khomeini in doing so, stating: As religious scholars, you are expected to put Islam into practice. This is what Imam Khomeini did. Read the declaration of the clergy. Imam Khomeini was a wise man in the true sense of word and wisdom was visible in his every behavior. What the seminary did during the recent conflicts was rightly its duty. Imam Khomeini was at the forefront and the clergy and the leaders of the seminaries followed.
The Supreme Leader praised efforts by the clergy and seminarian students of the past and called for contemplation on establishing Islamic civilization and held: The seminary student of those days awakened people and made them aware while at the same time directed his deterrence on the right targets. The seminary of those days did what it had to do. Now that the Islamic system is in place and we are awaiting the Islamic government, the Islamic society and the Islamic civilization, the seminary is responsible. You need to sit down and reflect on this.
Imam Khamenei advised the seminary students to take their studies serious and asserted: Take the lessons seriously; take the lessons of Fiqh (jurisprudence) seriously. You should know how to confer religion from books, tradition, and intellectuality. Confer the religion; you should learn the methods of inference; this is ijtihad. Ijtihad is the method of extracting facts and teachings from the sources of religion. What instructs you to apply this method is Ijtihad.

That’s not Tehran, but Paris!
Iranians Mark Laylat Al-Qadr or Night of Destiny
When a nation loses identity, it melts in the palm of enemies
Iranian youth: Yesterday vs. Today
By executing 2030 agenda, they seek to train soldiers for US and UK
Ayatollah Khamenei visited Tehran’s 32nd International Book Fair
We will export oil as much as we intend: Ayatollah Khamenei
Tags: basirat ، imam khamenei ، Hawza Ilmiyah ، ramadan ، Sheikh Fazlollah ، Ijtihad
Error Report
0