Neither a war will happen; nor will we negotiate: Imam Khamenei

Tehran (Basirat) :On the eighth day of the auspicious month of Ramadan, the heads of power branches, officials and government authorities as well as a group of senior managers of various sectors, members of parliament, political, social and cultural activists met with the Leader of the Islamic Revolution— Ayatollah Khamenei— this afternoon May 14, 2019. 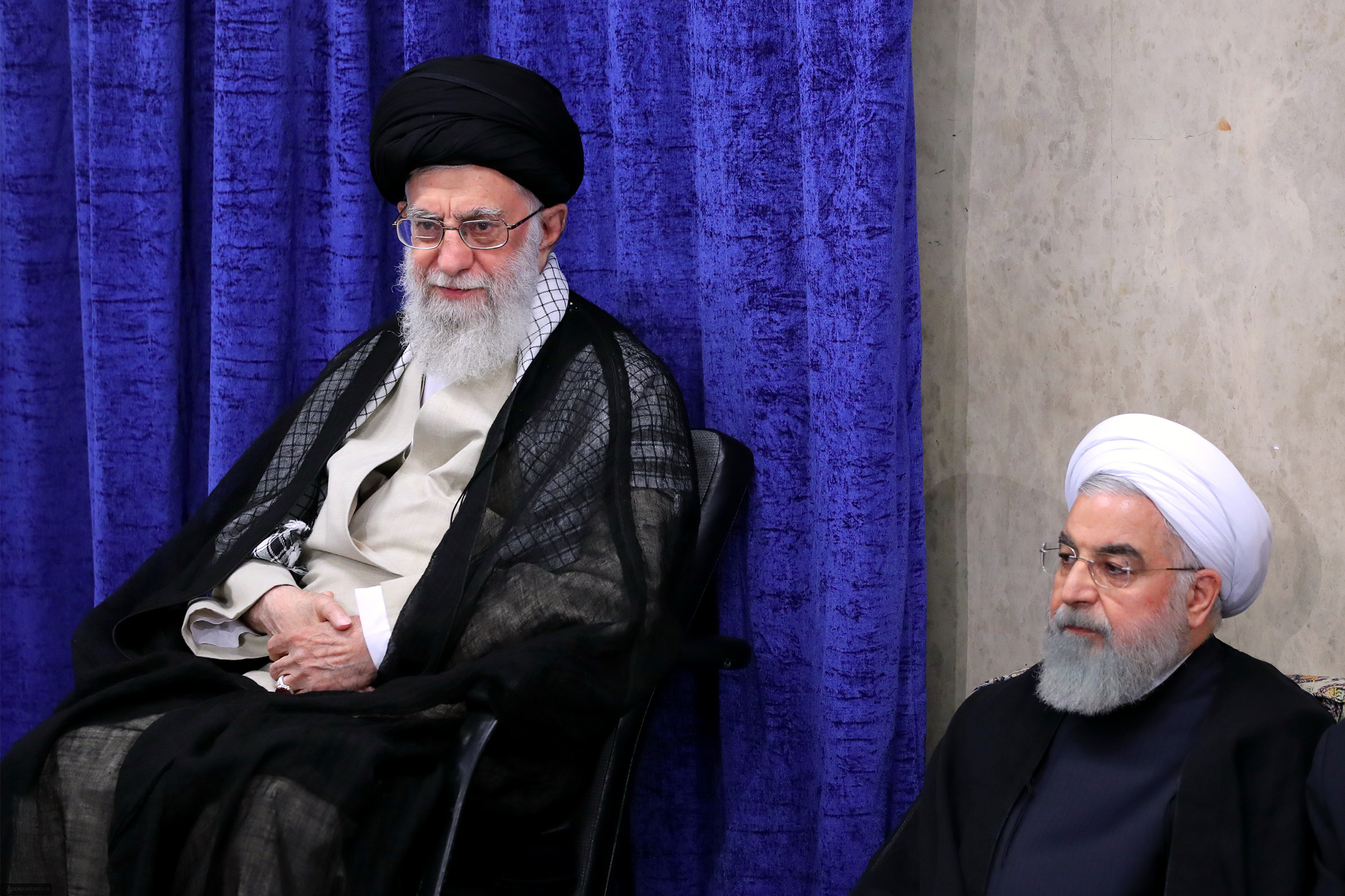 In this meeting, the Supreme Leader stressed that negotiating certain national assets is absolutely harmful and held: Some people in the country claim there is no harm in negotiating. Negotiating is poisonous as long as the U.S. continues with the same course of action; besides, negotiating with the current government of the United States is all the more poisonous.
His Eminence further explained: Negotiation is a mutual give and take. But the United States has targeted our strengths.
Ayatollah Khamenei slammed U.S. efforts to take Iran’s defensive capabilities away and asserted: They talk about negotiating our defense capabilities, and question the range of our missiles. They say: ‘you must reduce this range so that if we ever strike on your bases you won’t be able to strike back at our bases!’ Or, for instance, they seek to negotiate about our strategic influence in the region, meaning they want us to back away.
The Leader of the Revolution described U.S. authorities as not committed and held: Negotiating is wrong, even with an upright person. Those in the U.S. government are not even upright and they do not abide by anything.
Ayatollah Khamenei reminded his audience that: Of course no one among our officials seeks to negotiate. Obviously no dignified and wise Iranian would negotiate their national strengths.
The Leader of the Islamic Revolution referred to faulty estimations and perceptions of the U.S. President regarding the Islamic Republic and said: Their president claims there is a protest against the establishment in Tehran every Friday. First off, it is not on Fridays, but on Saturdays. Second, it is not in Tehran, but in Paris.
His Eminence mentioned that the U.S. regime’s hostility towards the Iranian nation started right after the Islamic Revolution of the Iranians gain victory, adding that: There is no doubt that the U.S.'s animosity—which started with the Revolution—has taken a more overt form today. This animosity existed previously, but not as explicit as it has now become. Now they explicitly announce it and threaten us. It is important to know the one who makes an uproar threatening others is actually weaker than they claim.
Ayatollah Khamenei referred to U.S.’s unconditional support for the barbaric Zionist regime and asserted: They [the U.S. officials] prefer the interests of the Zionist Regime over any other government’s. Many of their actions come upon orders by the Zionists.
Pointing to the uproar the U.S. regime makes posing as a superpower, Ayatollah Khamenei maintained: The U.S. government is in need of making uproars. They claim their behavior has changed Iran. They are right; the change brought to Iran was that the Iranian people's abhorrence towards the U.S. regime increased tenfold; their chance of infringing upon the interests of the Islamic Republic grew slimmer; the zeal of our youth for maintaining the country prepared has increased; and our police and security forces have become more vigilant.
Ayatollah Khamenei informed his audience across the globe that, “The United States will definitely fail in its policy of countering the Islamic Republic and their plots will end up to our benefit.
His Eminence went on to say: The United States is dealing with many social and economic problems at home. Their government lacks coherence. Someone makes a claim. The next day another comes out to refute those claims. This is a sign of disarray. The Ministry of Agriculture in the U.S. has reported 41 million Americans in need of food.
Advising his audience, Ayatollah Khamenei further elaborated on the problems the U.S. regime is facing within its borders and said: Regarding social issues, the U.S. national statistics center has reported that over 40 percent of babies are born out of wedlock. There are 2 million and 200 thousand prisoners, and they have the highest rate of drug abuse, while 31 percent of mass shootings in the world happen in the U.S. This is their social situation.

The Supreme Leader then advised everyone not be awe-stricken by U.S.’s outward glory and asserted: So beware not to glorify the enemy. Of course, we cannot underestimate them either; but they are not that strong and they suffer from a lot of problems.
His Eminence went on to assert: No one should fear the apparent grandeur of the U.S.; neither their grandeur nor the wealth of the Qaruns of the Persian Gulf: their real power is much less than their uproar. No one should fear the apparent grandeur of the U.S.; this is a big mistake.
Finally, Ayatollah Khamenei reminded his audience of the many fiascos of the U.S. in their policies against the Islamic Republic and added: Their plots have usually bounced back at them and ended up being harmful to themselves both politics and security wise. Through their media, the economic experts in the U.S. are warning their politicians that this pressure will lead to an economic boom in Iran. The domineering powers seek to reach their goals by making uproars, however, their power is much less than their claims. Billions of dollars have been spent against us, yet they failed to do anything.

Iran rejects claims of talks with U.S.
Negotiations are deception
That’s not Tehran, but Paris!
When a nation loses identity, it melts in the palm of enemies
Enemy has adopted a war arrangement
Ayatollah Khamenei visited Tehran’s 32nd International Book Fair
We will export oil as much as we intend: Ayatollah Khamenei
Tags: basirat ، Ayatollah Khamenei ، war ، negotiating
Error Report
0