TEHRAN (Basirat) : Iranian President Hassan Rouhani hailed the “exceptional” relations between the Islamic Republic and Russia, saying the two countries support each other in regional and international organizations. 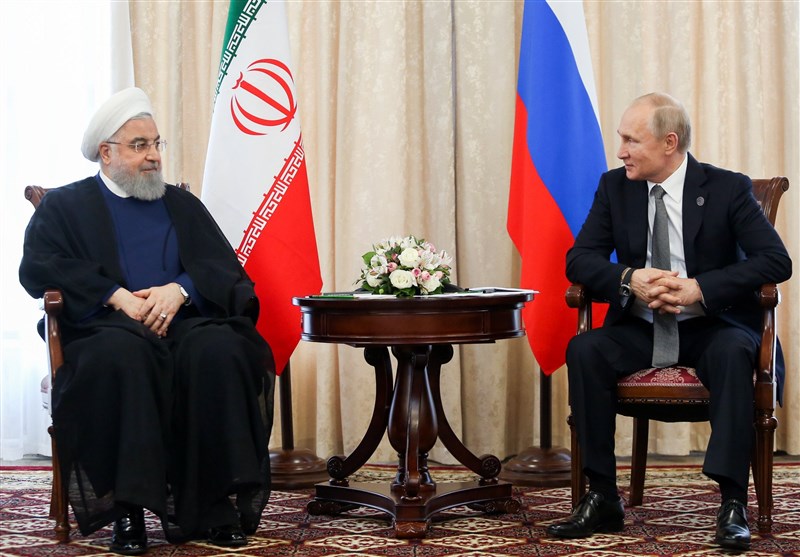 In a meeting with his Russian counterpart Vladimir Putin on the sidelines of the 19th Summit of Shanghai Cooperation Organization (SCO) in Bishkek on Friday, Rouhani said Tehran and Moscow are on the same side in regional and international organizations.
“Implementation of economic agreements between the two countries, particularly in the fields of energy and transportation, has a good pace and the meeting of the joint commission for cooperation that is going to be held in Tehran next week will accelerate this process,” the Iranian president’s official website quoted him as saying.
Supporting the cooperation of the two countries’ private sectors will accelerate the process of developing trade relations, the president said, adding, "By adopting the law on trade with Eurasia in the parliament, we will provide the preparations as soon as possible, which will boost business cooperation.”
Elsewhere, Rouhani referred to US pressures on Iran and said, “In addition to its illegal withdrawal from the Joint Comprehensive Plan of Action (JCPOA), the United States is imposing sanctions on companies and countries that want to comply with United Nations Security Council Resolution 2231.”
“If the interests of the Iranian nation are met by the other parties, it is possible for us to return to the previous point," the president stated, stressing that Iran’s actions are within the framework of its rights.
Rouhani also described Russia’s role in safeguarding the JCPOA and fulfilment of Europe’s commitments as very important, saying, “Iran has always supported the stability and security of the region and has proved its determination by fighting Daesh (ISIL or ISIS) in the region as well as proposing a regional non-aggression pact.”
“In the case of Syria, we are also keen on continuing our good, effective bilateral cooperation on countering terrorism within the framework of the Astana Process with Turkey until we reach the final result,” the president said.
The Russian leader, for his part, said Moscow is determined to develop bilateral, regional and international cooperation with Iran, adding, “This cooperation will cover a wide range of economic and regional activities, particularly the joint fight against terrorism in the region.”
“The achievements we see today in Syria are the result of the positive role of Iran and the tripartite cooperation of Russia, Iran and Turkey in the Astana Process,” Putin added.
“Despite the existing problems, the two countries' trade relations are developing, and in the coming days, the Joint Commission on Cooperation between the two countries will be held in Tehran,” he stated.
“Moscow remains interested in being present and investing in the energy sector and is committed to cooperating in a wide range of areas of interest to the two countries, as well as promoting the implementation of agreements on the construction of new units in the Bushehr Power Plant and rail transport,” the Russian president stated.
He went on to say that Russia will continue efforts for the full implementation of the JCPOA by all parties.