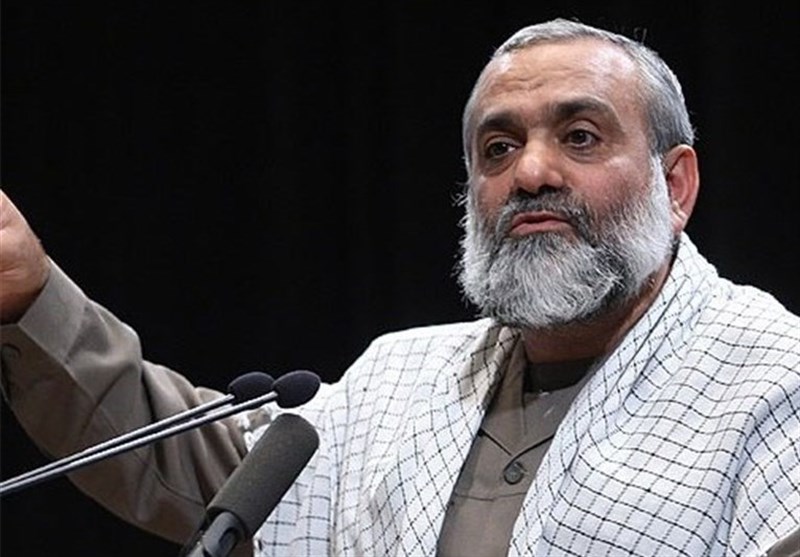 In a speech in the northern city of Mahdi Shahr in Semnan Province on Saturday, Brigadier General Naqdi pointed to the failure of conspiracies hatched by enemies against Iran since the victory of the 1979 Islamic Revolution and said the enemies have no power to confront the revolution today.
He further emphasized “the proud nation of Iran” and the Armed Forces are always ready to defend the country’s territories and confront any aggressor.
“This establishment has the vibrant, lively, and revolutionary… youths who are advancing the goals of the revolution with their vigilance and exemplary insight,” the commander went on to say.
The remarks came against the backdrop of increased tensions between Iran and the US after the Islamic Republic shot down an advanced US spy drone over its territorial waters.
The Islamic Revolution Guards Corps (IRGC) said on June 20 that a US spy drone that violated the Iranian territorial airspace in the early hours of the day was shot down by the IRGC Aerospace Force’s air defense unit near the Kooh-e-Mobarak region in the southern province of Hormozgan.
The intruding drone was reportedly shot by Iran’s homegrown air defense missile system “Khordad-3rd”.
Later on the same day, US President Donald Trump said he had called off a retaliatory attack on a number of targets in Iran and said that he was ready to speak with Iranian leaders and come to an understanding that would allow the country to improve its economic prospects. “What I’d like to see with Iran, I’d like to see them call me.”
“I look forward to the day where we can actually help Iran. We're not looking to hurt Iran,” Trump added.
However, on June 24 Trump announced new sanctions against top Iranian officials, including the office of Leader of the Islamic Revolution Ayatollah Seyed Ali Khamenei, Iran’s foreign minister, and senior commanders of the Islamic Revolution Guards Corps (IRGC).