TEHRAN (Basirat) : Iranian President Hassan Rouhani said the country has successfully dealt with the pressure of sanctions, stressing that the US and Israeli plots to harm the Islamic Republic have been defeated. 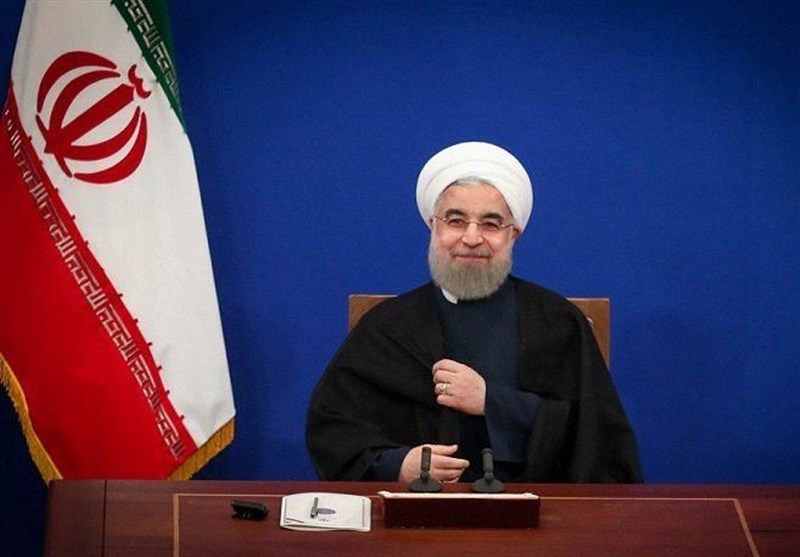 Speaking at a press conference on Monday, Rouhani said the Iranian administration and nation have succeeded in riding out the storm of sanctions over the past 18 months.
“We can firmly announce today that the plots by the US, the global arrogance, Zionism and the regional reactionary (regimes) for doing serious harm (to Iran) have ended (in failure),” he said, adding that the adversaries acknowledge that the Islamic Republic has gotten through the critical conditions.
Asked about the European states’ obedience to the US government and the prospect of Iran’s ties with the UK and France, Rouhani said the three European parties to the 2015 nuclear deal (the UK, France and Germany) have failed to fulfill their promises.
The president also pointed to Iran’s decision to reduce commitments to the Joint Comprehensive Plan of Action (JCPOA), saying the homegrown IR-7 and IR-9 centrifuge machines are going to spin soon.
He also reiterated that Tehran will reverse its decisions about reducing commitments to the JCPOA as soon as the other parties rectify their behavior.
Iran and the remaining parties launched talks to save the JCPOA after the US withdrawal, but the three EU parties to the deal (France, Britain, and Germany) have failed to ensure Iran’s economic interests.
However, the EU’s inaction forced Tehran to stop honoring certain commitments to the nuclear deal, including a rise in the stockpile of enriched uranium.
Iran maintains that the new measures are not designed to harm the JCPOA but to save the accord by creating a balance in the commitments.