TEHRAN(Basirat) : Iranian Foreign Ministry Spokesman Seyyed Abbas Mousavi said that Tehran has designed the next step of cutting its JCPOA commitments and is ready to take it in the absence of practical measures by Europeans to salvage the deal. 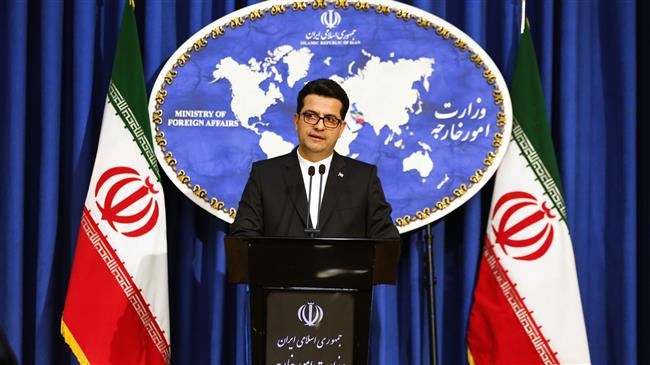 “The fourth step [in reducing commitment to JCPOA] has been designed,” he said Monday in his weekly presser, adding that some of the measures of this step are yet to be finalized.
“We hope that we would not arrive at the fourth step and that Europeans would meet their obligations; if not, Iran will go ahead with taking the fourth step,” he added.
One year after US withdrawal from the nuclear deal, Iran announced in May 2019 that it is reducing commitments to JCPOA in a transparent manner and according to Paragraphs 26 and 36 of the Joint Comprehensive Plan of Action (JCPOA). Tehran has so far taken three steps, highlighting that all its measures are reversible as soon as other parties can shield its economy from damages of US unilateral sanctions. Tehran will announce the details of the fourth step on Nov. 7.
“We were assuming that they [Europeans] did not have the will [to honor their JCPOA commitments] but now we see that they are not capable of doing so … we will continue to reduce our commitments to JCPOA unless they fulfill their part of commitments.”
Elsewhere, when asked about a joint plan by Japan and France to save the deal, Mousavi said that the plan “is a continuation of the French initiative which didn’t yield results due to US opposition.”
“The Japanese side, too, has proposed a plan to settle disputes but no detail has been revealed about it," he added.
Source:MNA
Iran's enrichment capacity to hit pre-JCPOA level: AEOI spokesman
Rouhani: Iran Has Ridden Out Sanctions Storm
Iran Serious about Reducing JCPOA Commitments: MP
With utmost seriousness, we will continue reducing our JCPOA commitments: Imam Khamenei
Tags: basirat ، JCPOA ، fourth step ، US withdrawal
Error Report
0