TEHRAN (Basirat) :President described resistance of the Iranian and Venezuelan nations and foiling America’s plots praiseworthy and said, “Tehran is ready to develop its relations with Venezuela, as a friendly country, in all fields of mutual interest”. 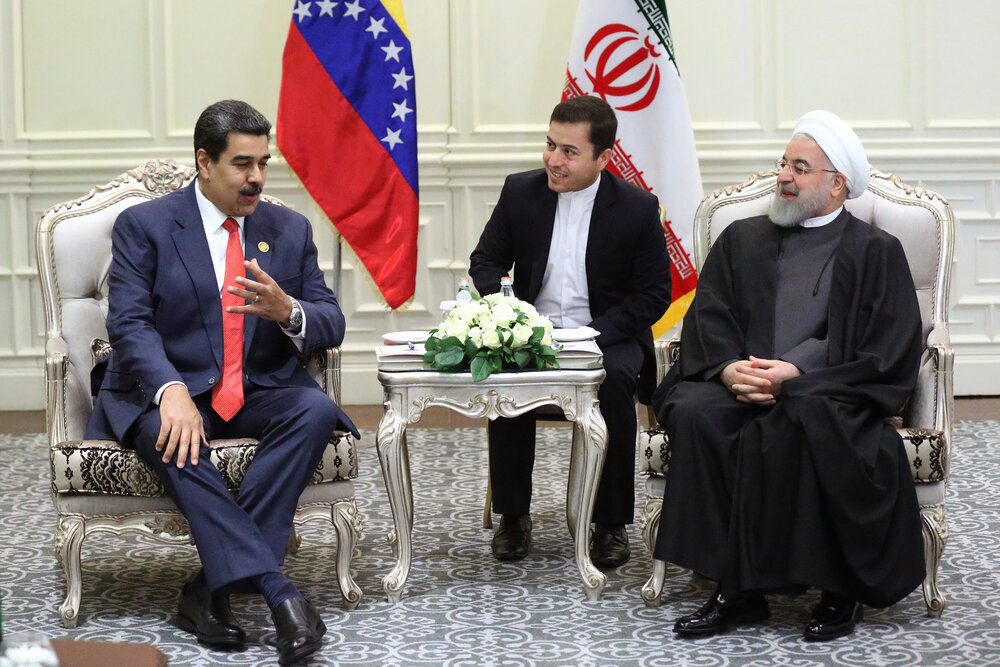 Speaking on Friday with President Nicolás Maduro of Venezuela on the sidelines of the Non-Aligned Movement in Baku, Dr Hassan Rouhani said, “Iran and Venezuela have always supported each other in all international and political communities and will continue to do so”.
“We are ready to develop our financial and banking relations and cooperation, and offer our experiences to Venezuela in technical fields, cyber infrastructures, modern technologies and agriculture,” added Rouhani
He continued, “The Americans have failed in any plots and goals they have followed in our region, from Iraq and Syria to Palestine, Afghanistan and Yemen, and all their conspiracies against us have failed”.
Dr Rouhani added, “In the recent months, Iran’s major economic indices have shown positive trend and this indicates that the plots of the Arrogance and the United States, and their pressures have been fruitless”.
He also invited the President of Venezuela to make an official visit to Iran.
At the same meeting, President of Venezuela praised the Iranian nation’s resistance and said, “The Iranian and Venezuelan nations have forced the United States to retreat and accept their failure with resistance against their plots”.
President Nicolás Maduro called for further development of relations between Iran and Venezuela, saying, “The economic cooperation committee has prepared all solutions and groundwork for cooperation and we should act quickly based on them”.
He said that unfortunately in the United States the most warmongering, extremist group has taken power, and is acting against Iran, Venezuela and the independent states, adding, "Now all independent countries have formed a large front against the US’ extremist and terrorist behaviour, and this is very valuable”.