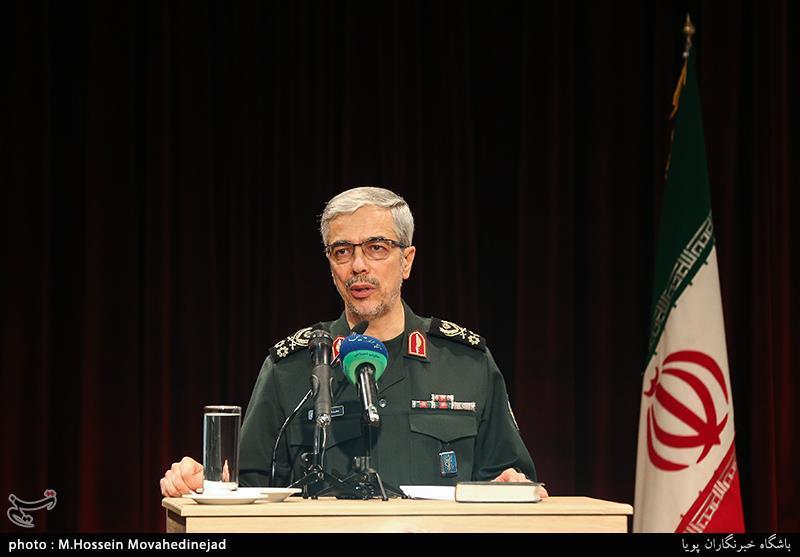 “Today, we can declare that we have achieved full self-sufficiency in defending the country, and these achievements have given the great Iranian nation effective might and deterrence, security, and sustainable defense,” the top commander said at an exhibition of military products in Tehran on Thursday.
He assured the Iranian people that the Defense Ministry does not rely on foreigners to supply the defense and combat equipment, noting that all military gear for ground, naval and aerial combat, and weapons for air defense and electronic warfare are manufactured by Iranian experts.
He also highlighted the effectual strategy to take advantage of Iranian knowledge-based companies for manufacturing defense equipment.
During Major General Baqeri’s visit to the exhibition, the Defense Ministry unveiled a smart communication system used by the country’s military forces.
The homegrown system, comprised of four subsystems, creates a safe online communication channel among military units.
Iranian military experts and technicians have in recent years made great headways in manufacturing a broad range of indigenous equipment.
Iran maintains that its military capabilities pose no threat to regional countries, stressing that the Islamic Republic’s defense doctrine is entirely based on deterrence.