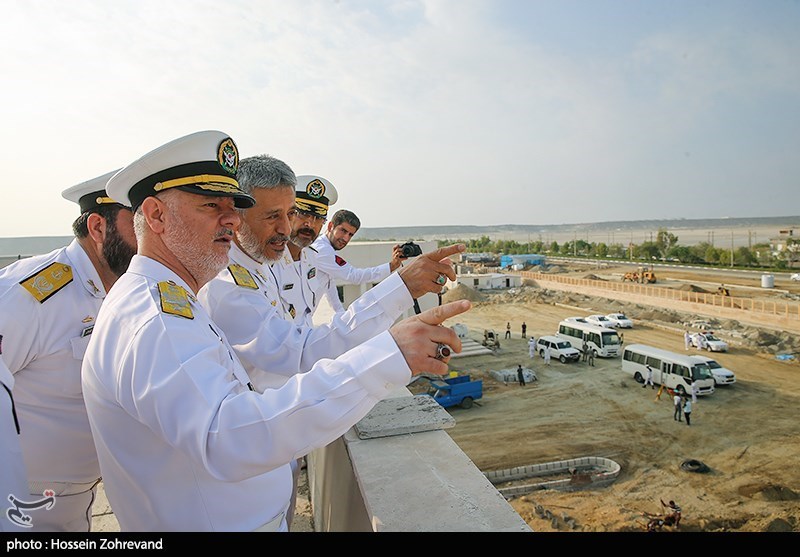 “Today, the era of American free action in the region is over, and they (US forces) must leave the region gradually,” Rear Admiral Khanzadi told reporters on Sunday on the sidelines of a joint naval exercise of Iran, Russia and China, which is underway in the Sea of Oman and the northern parts of the Indian Ocean.
“We believe that regional security does not require the presence of those (foreign) countries, and that regional countries themselves can ensure security together,” he added.
The Iranian Navy commander also expressed hope that more regional states would join Iran in the efforts to ensure security.
“We believe that maritime security definitely needs collective action,” Khanzadi added.
He went on to say that friends of Iran and those favoring regional security have welcomed the joint naval drill, while the US and its proxies who seek to impose inappropriate security arrangements on the region would receive “significant messages” from the war game.
Iran, Russia and China are holding a four-day joint naval exercise, dubbed Marine Security Belt, in the Indian Ocean and the Gulf of Oman.
The war game comes amid US efforts to woo countries into a maritime coalition for patrols in the Persian Gulf, which have received lukewarm welcome from its allies.