TEHRAN (Basirat) : Iranian Foreign Minister Mohammad Javad Zarif and his Indian counterpart, Subrahmanyam Jaishankar, held talks on a host of topics, including the latest efforts to boost relations between the two countries. 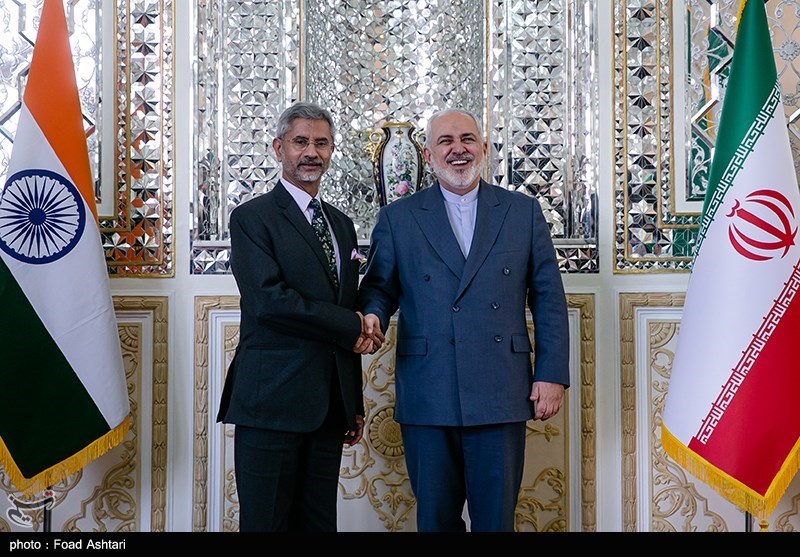 At the meeting held in Tehran on Sunday, Zarif and Jaishankar exchanged views about ways to boost bilateral relations between Iran and India in various economic and political spheres.
The two top diplomats also discussed the latest developments surrounding regional and international issues.
Jaishankar arrived in Tehran on Sunday to take part in the 19th meeting of Iran-India Joint Commission, co-chaired by him and Zarif.
The Indian foreign minister’s trip to Iran came after a senior Trump administration official announced that Washington has provided a rare exemption to India from sanctions on the Chabahar port in Iran as it recognizes that the strategic project is a lifeline for war-torn Afghanistan to get humanitarian supplies from India.
Chabahar is a port city on the east coast of the Sea of Oman. It is strategically crucial as it gives access route to landlocked Afghanistan. Chabahar port, which is surrounded by a free trade zone, is vital particularly since Pakistan does not allow transit facility from India to Afghanistan.