Angry Protesters in Baghdad Set Fire to US Embassy’s Gate

Tehran (Basirat) :Iraqi protesters, outraged by Washington’s recent airstrikes against the positions of Popular Mobilization Units (PMU), have set fire to parts of the United States’ embassy in the Green Zone of Baghdad. 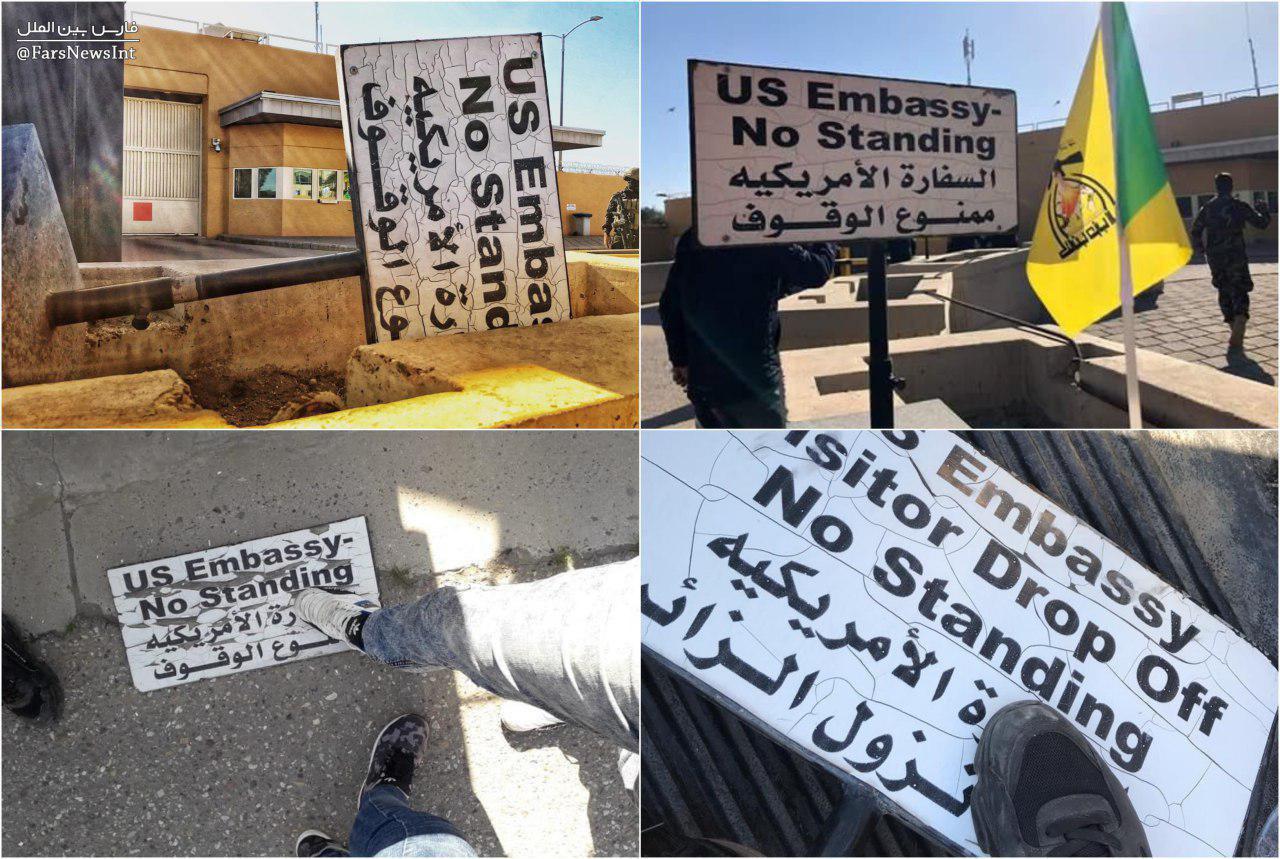 The gates and the wall surrounding the embassy in Baghdad was set alight, and fire has engulfed a small part of the building, which is the largest US embassy in the world, accommodating some 3,000 staff.
The ambassador and diplomatic staff of the US embassy were evacuated earlier in the day, according to the Iraqi Foreign Ministry.
The protesters are reportedly trying to get into the embassy, but the security forces have fired tear gases to keep the demonstrators away.
Earlier in the day, the supporters of the PMU, better known in Iraq as the Hashd al-Sha’abi, hoisted the flag of the resistance group on top of the US embassy.
They also set fire on the US flag and removed the surveillance cameras.
The protests came after the US forces in Iraq carried out an airstrike on a number of PMU facilities in the western Anbar Province, which led to the killing of nearly 30 people and injuring of over 50 others.
The Iraqi government said on Monday it would summon the US ambassador over the attack, warning that Iraq’s relations with the United States were at risk.
“American forces acted on their political priorities, not those of the Iraqis,” a statement by the government said, adding that such strikes “violate the sovereignty of Iraq.”
The attacks “force Iraq to review its relations and its security, political and legal framework to protect its sovereignty”, the government added.
The warning came as demonstrators torched US flags in the Shia-dominated southern cities of Basra and Najaf as well as in Kirkuk, north of Baghdad, while lawmakers called for US troops to be booted out of Iraq.
Outgoing premier Adel Abdul Mahdi said it is up to the parliament to determine the next move, according to a video released by his office.
Source:IFP News