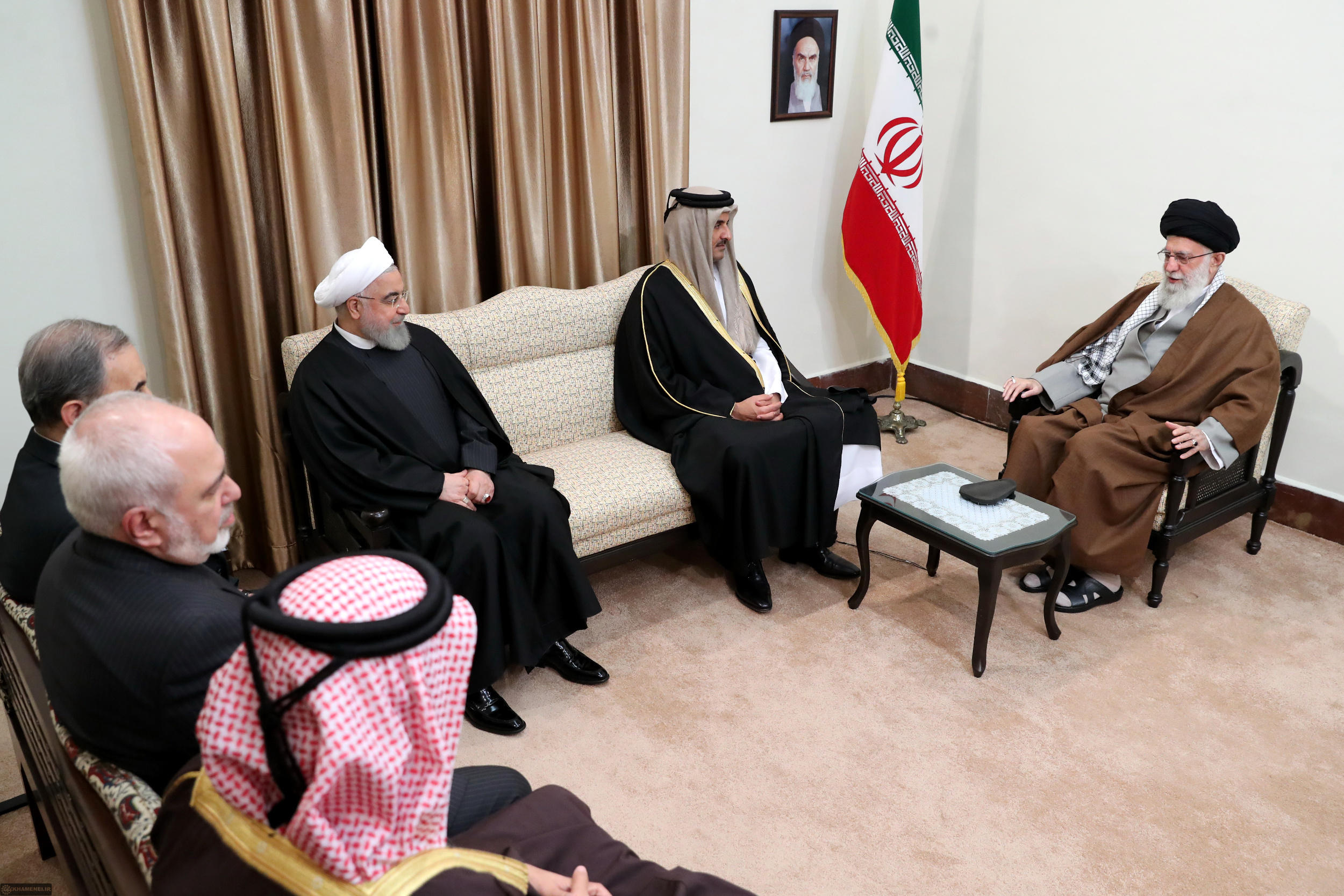 In this meeting Ayatollah Khamenei stressed that the turbulent situation in the region demands closer cooperation between the nations of West Asian region and asserted: The current situation of the region requires increased reinforcement of relations among the countries of the region and not being influenced by the foreigners’ inductions.
The Leader of the Islamic Revolution reiterated Iran’s willingness to expand relations with other nations in West Asia, adding that: The Islamic Republic of Iran has repeatedly announced, and the President has explicitly mentioned that Iran is willing to establish closer cooperation with the countries of the region.
Ayatollah Khamenei regarded the current situation of West Asia as unfavorable, and went on to say: The region's unfavorable situation is due to the corruptive presence of the United States and its cohorts; and the only solution for countering that is to rely on cooperation among the countries of the region.
Referring to the friendly political relations between Iran and Qatar, His Eminence stated: The economic relation of the two country is not as strong as the political relations; therefore the cooperation between Iran and Qatar should increasingly expand in common grounds.
The Leader of the Islamic Revolution emphasized that: Of course, some countries— especially those who have come to our region from the other side of the planet—do not favor the expansion of cooperation among the countries in the region. However, they have nothing to do with this matter. The countries and nations of the region will no longer tolerate such intervention and domination.
In this meeting, with President Hassan Rouhani also in attendance, Sheikh Tamim bin Hamad Al Thani, the Emir of Qatar, expressed that he was very pleased to meet with the Supreme Leader of the Islamic Revolution, confirming that the West Asia is in a very difficult situation, and further added: We completely agree with your remarks concerning the need for increasing cooperation within the region, and we believe talks should be organized among the countries of the region on a larger scale.
Referring to his negotiations in Tehran, the Emir of Qatar added: Based on our talks, a common commission of the two countries is going to be held in Iran within three months, and hopefully, our economic ties will also expand to the same level as our political relations.
Sheikh Hamad Al Thani further thanked the Islamic Republic of Iran’s assistance, support and stance in the face of sanctions imposed on Qatar.

Iran’s High Military Power Protecting Peace: President
The American plot of the 'Deal of the Century' will die before Trump dies.
Ayatollah Khamenei visiting Mausoleum of Imam Khomeini and Martyrs of Revolution
Today’s events reflect the emergence of a unique phenomenon in the world
Iran’s Anti-US Resistance ‘Attractive Image’ for World Nations
When the Israelites asked Prophet Moses (pbuh) for an idol!
US disgraced after assassination of Gen. Soleimani
The necessity of pursuing any possible fault involved in the Ukrainian plane crash
Last night’s action was merely a slap, but the U.S. must leave the region
Imam Khamenei's prayer for Hajj Qasem
Tags: basirat ، Imam Khamenei ، Sheikh Tamim bin Hamad Al Thani
Error Report
0