TEHRAN (Basirat) : Iranian President Hassan Rouhani blamed the recent crash of a Ukrainian passenger plane near Tehran on the US, pledging that he will inform the public on the results of the investigation into the accident. 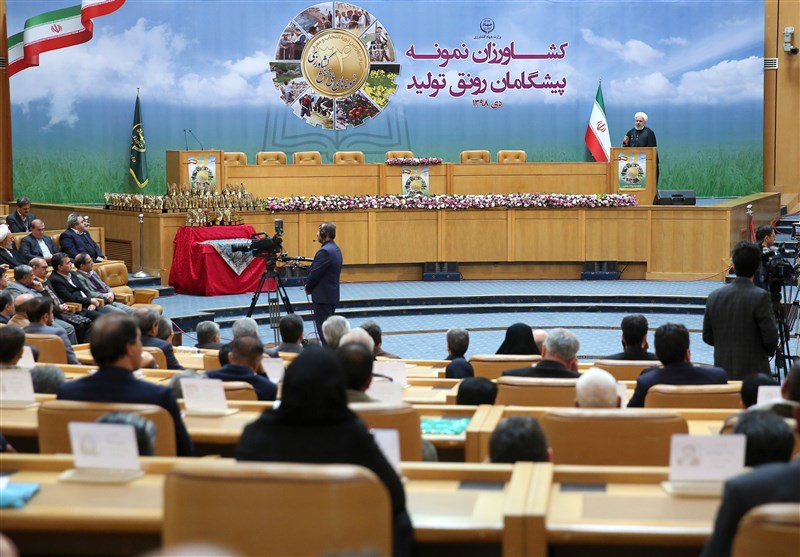 Speaking at a conference on agriculture, held in Tehran on Tuesday, Rouhani said events leading to the deaths of passengers of a Ukrainian jetliner that crashed near Tehran on January 8 “are rooted in the US, and it was the US that caused such an incident to take place.”
However, he said, this would not prevent Iran from examining all factors behind the plane crash.
“As the representative of the Iranian nation and the president, I will follow this up and we will inform the people about whatever results we reach in the next stages,” Rouhani pledged.
He also praised the Iranian Armed Forces for admitting to making a mistake and for apologizing to people, stressing that the fault could not fall on a single person.
“People know that the incident has occurred unintentionally, but it should be clear what conditions led to the incident,” the president added.
“The (Iranian) administration feels responsible for the dear people and for the nationals of other countries, and will carry out all of its legal duties. More importantly, our people need to receive an assurance that such incidents would not be repeated again,” he added.
The General Staff of the Iranian Armed Forces announced on Saturday that the country’s air defense unintentionally shot down the Ukrainian passenger plane on January 8 amid the highest level of readiness because of a possible military attack by the US.
All 176 people on board the plane were killed.
Afterwards, Leader of the Islamic Revolution Ayatollah Seyed Ali Khamenei ordered the Iranian Armed Forces to hold an inquiry about the faults and shortcomings that resulted in the unintentional downing of the plane.
Expressing his deepest sympathy to the families of the victims of the incident, the Leader urged the relevant officials to take the necessary cautionary measures in order to prevent a recurrence of such incidents.
Source:Tasnim
Iran’s High Military Power Protecting Peace: President
Plane crash could be avoided if NO tension was there: Canada
Lawmakers back IRGC against enemies’ abuse of recent incidents
Iranian MP Urges Expulsion of UK Envoy
The necessity of pursuing any possible fault involved in the Ukrainian plane crash
Tags: basirat ، Rouhani ، plane crash ، Ukrainian jetliner
Error Report
0