TEHRAN (basirat) : Iran’s chief diplomat and top military commander on Thursday warned the United States against any act of military action, warning the U.S. will face the “most fierce response” if it makes the slightest move against Iran. 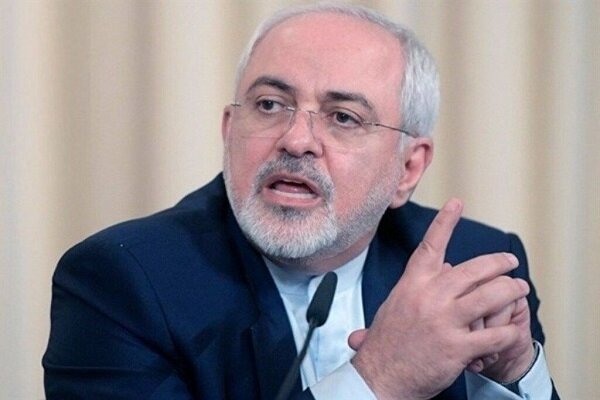 Writing on his Twitter account, Foreign Minister Mohammad Javad Zarif said, "Iran starts no war, but teaches lessons to those who do."
Iran fired a ballistic missile on a major U.S. military base in Iraq after the Pentagon assassinated Iran’s legendary anti-terrorism commander Qassem Soleimani. It was the first attack on the U.S. since World War Two.
Zarif warned Trump, "Don't be misled by usual warmongers, again."
The warning by the Iranian foreign minister came after Trump claimed on Twitter on Wednesday that Iran was plotting a “sneak attack” on U.S. troops or facilities in Iraq.
“Upon information and belief, Iran or its proxies are planning a sneak attack on U.S. troops and/or assets in Iraq. If this happens, Iran will pay a very heavy price, indeed!” Trump wrote.
In response, Zarif said "Iran has friends" but "no one can have millions of 'proxies'."
He added, "Unlike the U.S. which surreptitiously lies, cheats and assassinates- Iran only acts in self-defense."
Mohammad Hossein Bagheri, armed forces chief of staff, also said Iran has no intention to attack U.S. forces in the region but warned if the Americans have an “ill will against our country’s security” or make the slightest move against Iran “they will face our most fierce reactions”.
The major general said in recent days U.S. forces have been increasing their military moves in Iraq and the Persian Gulf region, launched an extensive media and psychological operations and have “intentions” against Iraqi resistance forces, including Popular Mobilization Units.
He added Iran is “closely monitoring the activities and moves of Americans” in the region and the Iranian armed forces are fully guarding “land, marine and aerial borders”.
The major general went on to say that the moves that have been taking place in recent weeks against American military bases in Iraq are a “normal reaction by the Iraqi people and resistance forces against U.S. ‘satanic measures’ in assassinating General Soleimani and Abu Mahdi al-Muhandis, the commander of Iraqi resistance forces, and has no nothing to do with us”.
He said the fact that the U.S. is attributing these moves to Iran is a psychological projection.
The Iranian military chief said, “Americans are well aware that the people of the region and the dear people of Iraq are opposed to their military presence in these countries and it is their normal reaction.”
Source:TehranTimes
US Sanctions Devastating Iran’s Health Sector:Report
U.S. is killing Iranians and the world is complicit
Pentagon's New Plot against Iraq's Resistance Groups Unveiled
Tags: basirat ، Mohammad Javad Zarif ، commander Qassem Soleimani
Error Report
0