Tehran (Basirat) :An Iranian student, who had a valid F-1 US student visa, has been deported from the United States in spite of a federal court order to delay his removal.

Tehran (Basirat) :The leader of the Sadr Movement, Moqtada al-Sadr's call for holding of a huge demonstration against US presence in Iraq, has been welcomed by the Iraqi people and resistance groups.

TEHRAN(Basirat): The international civil society continues to dismiss President Donald Trump’s claims that Lieutenant General Qassem Soleimani was plotting to attack four US embassies in the region. This includes condemnation of decades of disastrous US policies in the Middle East.

TEHRAN(Basirat): The Russian Foreign Ministry condemned recent remarks by US Special Representative for Iran Brian Hook about Tehran’s nuclear activities, saying that Washington is misleading the international community on the Islamic Republic’s right to enrich uranium.

TEHRAN (Basirat) : Four teams representing Iran in the AFC Champions League - Persepolis, Esteghlal, Sepahan and Shahr Khodro – have announced that they will not play in neutral field.

TEHRAN (Basirat) : The new commander of the Quds Force of Iran’s Islamic Revolution Guards Corps (IRGC) described the US as the source of wickedness, stressing that the Islamic Republic’s enemies only understand the language of force and could be defeated through resistance and steadfastness.

TEHRAN(Basirat): For those who remember a time when U.S. leaders and especially those in the White House appeared at least nominally dignified and worthy of some respect, the appearance now is one of outright immoral, widespread thuggery and its attendant ills like blackmail and murder, the latter for which Trump may be liable in the International Criminal Court provided Iran presents the case of Soleimani’s assassination along with his comrades’ demise to the court.

TEHRAN(Basirat): Vladimir Golstein, Author and University Professor, says the assassination operation has made the US and its allies highly anxious, and it is eroding its standing not only in the Middle East, but also elsewhere in the World. 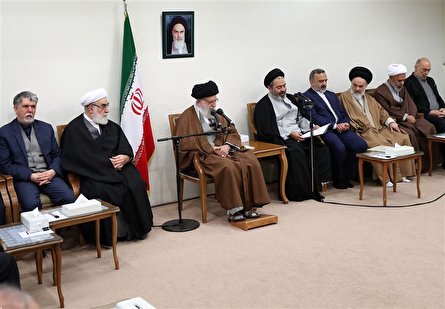 Tehran (Basirat):Leader of Iran’s Islamic Revolution Ayatollah Seyyed Ali Khamenei says it is an “attractive” image for the world that Iran is standing up to the US’ bullying. 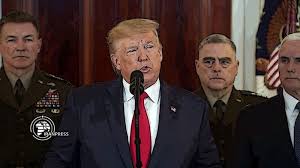 Tehran (Basirat) :Soon after Iran's retaliatory missile attacks at US bases in Iraq, media revelations show that Trump's claim that "we suffered no casualties" was a big lie.
12345Next