With Saudi-9/11 bill, Iraqis will force US to answer for 2003 invasion

TEHRAN (Basirat)- When the law known as JASTA — “Justice Against Support for Terrorist Acts” — was passed by an overwhelming majority of the U.S. Congress in September, it is likely that Washington was not then aware how much the world would come to view it as a major blow to U.S. credibility. 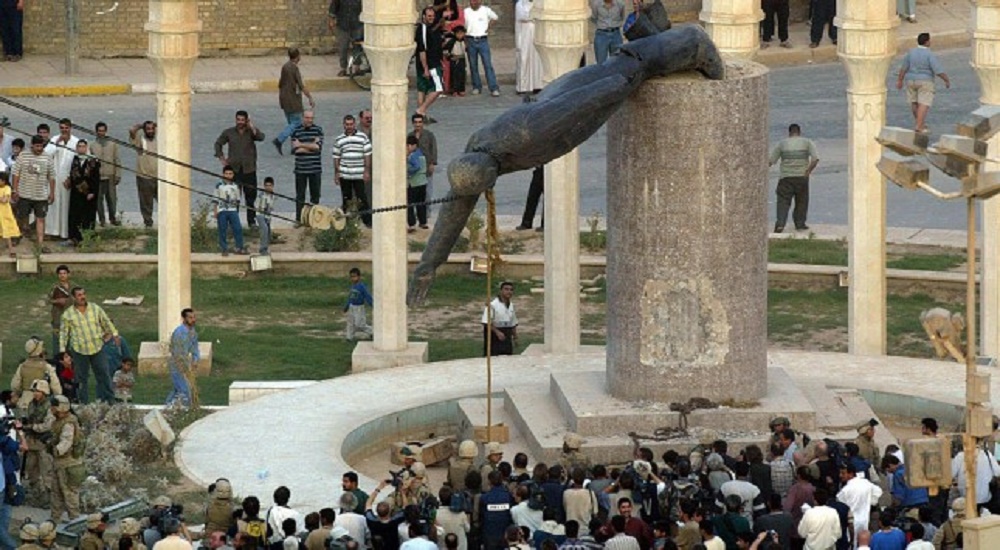 When the law known as JASTA — "Justice Against Support for Terrorist Acts” — was passed by an overwhelming majority of the U.S. Congress in September, it is likely that Washington was not then aware how much the world would come to view it as a major blow to U.S. credibility.

In an outpouring of dissent against the legislation ranging from European countries such as the UK, France, the Netherlands and the EU as an institutional body; to regional allies such as Turkey, Jordan and Pakistan, trust in America became the first victim. Indeed, it has become universally clear that it will create mistrust in all future dealings with the American government.

JASTA will foster animosity as the result of the predictable diplomatic chaos to ensue when state or government-related individual actors are falsely accused of terrorist crimes, in the end creating far more problems down the road than such a law purports to solve.

The policy will also give birth to a new global revolution called JAAA or "Justice Against American Actions.” The group of international lawyers hired by this JAAA will champion compensation requests from all over the world, related to everything the U.S. has done from military intervention, coups, support for despotic regimes and possibly even ozone layer depletion.

The people of Iraq may be the first to launch such a revolution.

As we of the Iraqi National Project declared in a press release of Sept. 25, in light of the majority vote by the U.S. Congress to remove the sovereign immunity rights of Saudi Arabia and other countries accused of being implicated in terrorism —  and in spite of President Obama’s veto on Sept. 23 — we will regard such a law as constituting a window of opportunity for millions of Iraqis who have lost their sons and daughters in military operations by U.S. military forces and their contractors since the U.S. invasion of 2003 to pursue compensation from Washington for what those victims have endured.

We were formed in May of this year as a political entity inclusive of the forces of the Iraqi opposition as response to the incessant suffering of the Iraqi people from the ongoing aggression of organized terrorism represented by ISIS and sectarian militias across the country. We were also formed in reaction to a political class characterized by corruption and failure to alleviate such suffering.

With the passage of JASTA, we intend to hold the United States accountable for unleashing this situation.

Upon hearing of the passage of JASTA, the reaction among the Iraqi people has been swift and uncompromising.

For example, a Mosul sheikh informed me a week ago that during last Ramadan a U.S. air raid resulted in an errant missile striking his sister’s residence in Mosul and killing 12 of their 13 family members. He is angry and with news of JASTA’s enactment into law and is now demanding blood money.

We ourselves, as a group, seek compensation from the United States over violations by U.S. forces following the invasion that saw the toppling of late-President Saddam Hussein in 2003 based on questionable intelligence sources and select intelligence omissions by U.S. official and ex-officials.

These U.S. operations included bombings of civilians, arrests, torture (like in Abu Ghraib prison), and in numerous camps set up by the U.S. forces across Iraq.

There have been thousands of U.S. led air raids, day and night, against many Iraqi cities and towns, killing and maiming civilians, destroying power plants, hospitals, schools and universities, roads and bridges. More than one million Iraqis have been killed directly or indirectly since the 2003 invasion.

The entry of terror militias supported by Iran, Al-Qaeda and ISIS are all related to the chaos and instability in Iraq brought on by these actions. In addition to daily coalition air raids, there are hundreds of thousands of innocent Iraqis held in prisons by a corrupt sectarian central government supported by the U.S. and Iran.

Compelled by the JASTA or "9/11 bill” as law, we will now endeavor to organize the formation of special committees seated by top Iraqi lawyers and judges along with many international legal advisers.

Our goal is justice: the Iraqi victims’ families want to join hands with the people of Japan from Hiroshima and Nagasaki, Vietnam and Afghanistan.We believe the JASTA law was hastily written and passed with very shallow thinking that can only bring about devastating consequences for the U.S.

For example, Turkey has designated the PKK and the Gülen movement as terrorist organizations and President Erdoğan opposes United States’s support for these groups. Since JASTA’s enactment, Erdogan has called on Congress to withdraw that legislation and has suggested his country may respond with a similar law.

Pakistan presents another current example. The government there contends more than 400 U.S. drone strikes in Pakistan have violated international law. Other such instances hit closer to home for Americans: Former Senator Larry Pressler recently stated that as a Vietnam combat veteran, he could almost certainly be sued by the Vietnamese government or by a Vietnamese citizen.

We would like to believe that such a reckless law is not what America is about. However, if Washington insists upon this form and method of seeking justice, we can only reply that the same will be sought out in return.