EU 'Has to Choose' Between NATO and Its Own Army

TEHRAN (Basirat)- With US President-elect Donald Trump due in the White House in a few months, the EU now has to make a choice between NATO and its own military, Peter van Haman, expert on European security and transatlantic relations, told Sputnik. 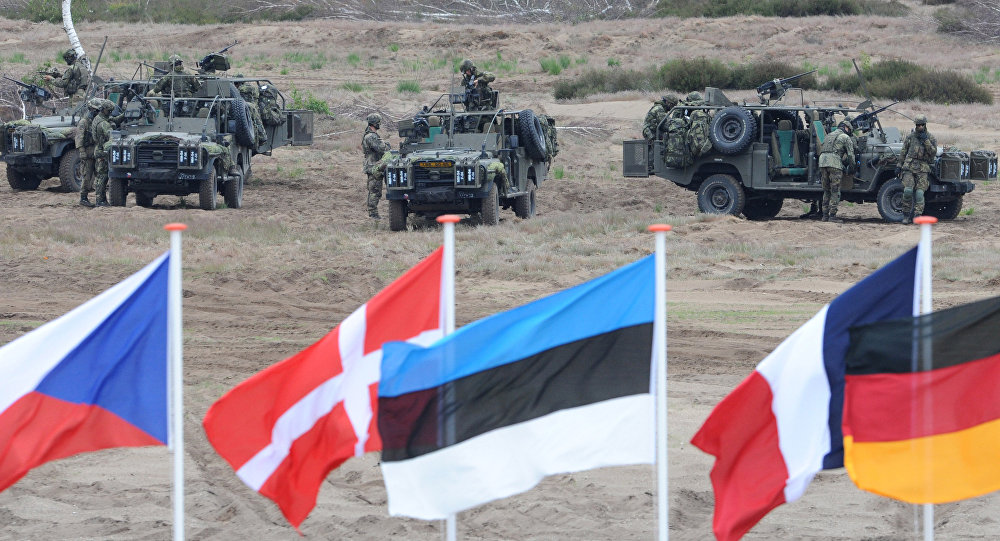 With US President-elect Donald Trump due in the White House in a few months, the EU now has to make a choice between NATO and its own military, Peter van Haman, expert on European security and transatlantic relations, told Sputnik.

In an interview with Sputnik, Peter van Haman, an academic expert on European security and transatlantic relations, said now that Britain voted for leaving the EU and Donald Trump was elected as the new US President, the EU has to choose between NATO and its own army.

The interview came after EU countries have endorsed a plan aimed at expanding military cooperation within the bloc. On Monday, EU defense and foreign ministers agreed to move forward with a proposal to create a joint planning organization.

The new body would be in charge of overseeing training operations and increasing the use of the bloc's standing military crisis-response units.

According to the ministers, it would thus enhance the EU's global strategic role and capacity to act autonomously when and where necessary.

Speaking to Sputnik, Peter van Haman who is also visiting Professor at the College of Europe in Bruges, Belgium, specifically pointed to Brussels' "long-standing ambitions" for European defense.

However, "modest progress has been made", he said adding that "the real issue is not what has been declared but what happens on the ground."

With Donald Trump in the White House in a few months and with all kinds of uncertainty on the European Union borders, there might be more geopolitical necessity to finally go from a declaratory policy to real actions, according to Peter van Haman.

"This is something that we have seen for decades. The European Union has ambitions to become a regional and also global player, and part of that should include an autonomous defense capability. But most EU member states are also member of NATO and this is a kind of problem," he said.

He added that these member states want to have European military operation and simultaneously they want to have American leadership.

Until recently, it looked like they could have both but now with President-elect Trump [due to be in office soon], they might have to choose and this is a very delicate issue what will the choice be," he pointed out.

The UK has more than once blocked a number of proposals on expanding EU military cooperation, preferring to strengthen regional security via NATO.

However, Britain's latest decision to leave the EU along with Donald Trump's victory in the US presidential elections has given new impetus to any of those plans.

During his presidential campaign, Trump repeatedly questioned NATO's relevance and suggested US military support could be conditional on European military spending. If implemented, the latter would prompt the region to build common military capabilities and increase its own spending on defense.