TEHRAN (Basirat)- US President-elect Donald Trump is likely to be pragmatic in strategic cooperation between the US and Japan. Tokyo understands that despite protests of Okinawa residents, American military bases will remain on the Japanese island. 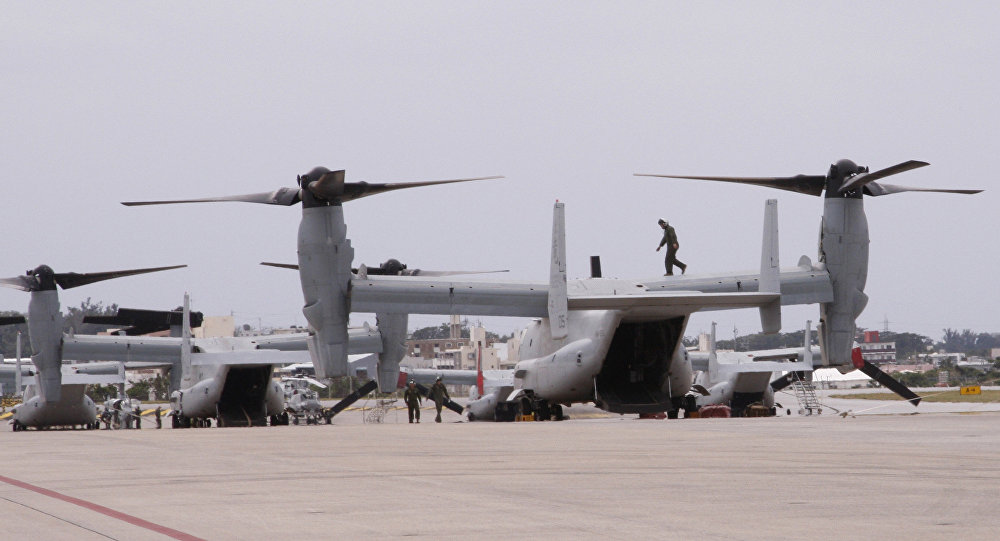 On November 17, Japanese Prime Minister Shinzo Abe met with United States President-elect Donald Trump. The prime minister provided no details on the meeting but underscored that Trump is a trustworthy ally for Japan.

During the election campaign, Trump embraced a radical approach towards a number of issues related to Washington-Tokyo ties. However experts note that the strategic alliance between the US and Japan will not significantly change under the next American president.

For example, there is no doubt that US military bases will remain in Japan, but Trump proposed to make Japan pay more for its security.

At the same time, American military bases in Okinawa are unpopular with most local residents due to numerous incidents, including the infamous 1995 rape incident. Okinawa has seen mass protests against the US military presence on the island.

On November 17, Japan’s Naha district court in southern Okinawa prefecture ordered the government to pay more than $22 million to people living near a key US airbase Futenma after they had filed a complaint over aircraft noise.
At the same time, the court rejected the demand to halt flights at the base, despite the fact that Futenma is considered one the most dangerous military bases in the world due to its proximity to residential areas.

The disgruntlement over US bases is one the main reasons why opposition sentiments have traditionally been popular in the region. Sometimes, decisions by the local authorities contradict the official stance of the Japanese government.

This time, financial compensations may be provided to Okinawa in a bid to reconcile with the local electorate. Compensations would also play in the hands of Washington.

"Trump has backed away with his radical rhetoric. He is trying to be a politician. Now, it seems that he wants to be pragmatic," historian and specialist in Japanese studies Dmitry Streltsov said in an interview with Sputnik Japan.

Japan already pays more for US bases than other countries. At the same time, American bases in Japan are an inherent component of the US security strategy in the Pacific.

"Trump understands the importance of US bases in Japan. Now, I guess, he doesn’t think that Japan should pay in full for US military presence. I believe that during the meeting with Abe in New York both sides came to an understanding on the issue," Streltsov said.

However, he suggested that tensions will remain in Okinawa. One of the main reasons is Tokyo’s "discriminatory attitude" towards the region.

Many Japanese consider Okinawa a separate territory, with its own culture and language. The island became part of Japan only in the 19th century. Okinawa residents were often used as unskilled workforce.

"The idea that Okinawa is not Japan still haunts the Japanese mentality," he noted.

Moreover, in economic terms Okinawa is not a developed region. It relies on government funding. Okinawa’s economy is driven by tourism and US military presence.

Taking into account all of the above, it is no surprise that Okinawa is the only Japanese prefecture where the majority supports the Communist party. "In this situation, Abe is likely to apply his carrot and stick approach towards the region," Streltsov suggested.

"Abe understands that American bases will remain in Okinawa and that Tokyo should take into account Washington’s interests. At the same time, the Japanese government wants to curd opposition sentiments in Okinawa. The most obvious way is to provide financial compensation to the areas where the bases are located. On the other hand, radical actions in Okinawa would be suppressed or neglected. Okinawa has little influence on the Japanese government," the expert pointed out.