TEHRAN (Basirat) : Senator Bernie Sanders, an independent senator who caucuses with the Democrats, has said the approach that President Donald Trump is pursuing toward Tehran could “endanger” the July 2015 nuclear agreement. 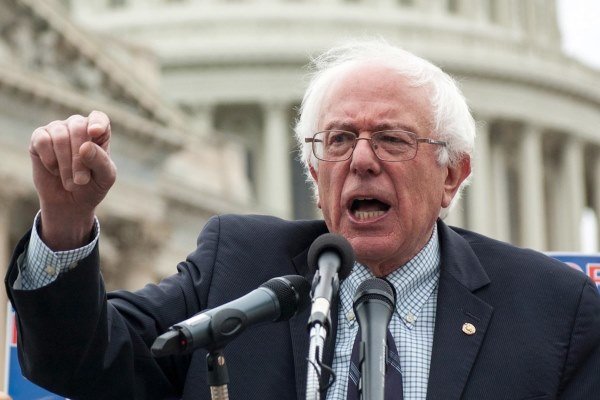 "Following Trump's comments that he won't recertify Iran’s compliance with the nuclear agreement I worry new sanctions could endanger it,” Sanders tweeted on Thursday.
Trump said on Tuesday he would be surprised if Iran is in compliance with the nuclear deal when recertification comes up again in three months, according to an interview with the Wall Street Journal.
"We’ll talk about the subject in 90 days but I would be surprised if they were in compliance," Trump told the Journal.
The president must certify to Congress every three months that Iran is complying with the 2015 nuclear deal.
Under the nuclear agreement Iran is obliged to slow down its nuclear work in exchange for termination of economic and financial sanctions against the country. The deal went into force in January 2016.
The International Atomic Energy Agency, as the UN body tasked to monitor Iran’s compliance with the nuclear deal, has confirmed six times that Iran is living up to its commitments.
Sanders said, "I am strongly supportive of sanctions on Russia and North Korea. However, I worry very much about President Trump’s approach to Iran.”
Sanders, who competed against Hillary Clinton in the Democratic primaries presidential elections in 2016, is a fierce critic of Trump.
"Please understand that when Trump speaks or acts he does not speak for the majority of the people of the United States," Sanders said in London on June 2. "He won the presidency as a result of winning the majority of the electoral votes. He lost the general election in terms of popular votes by almost three million votes."
He also spoke about his disappointment in Trump's decision to withdraw the U.S. from the Paris climate change agreement. "It is unacceptable and an international embarrassment for me to be here before you as a United States senator to tell you we have an administration in Washington which rejects science in regards to climate change."