What Would Be Result of Iraqi Kurdistan’s Referendum?

TEHRAN (Basirat) : One of the issues that regional countries have paid attention to in recent weeks is a referendum in the Iraqi Kurdistan region to declare independence. It is announced that the plebiscite will be held on September 25. 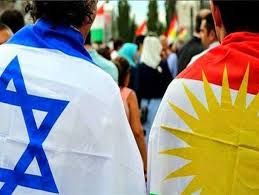 ALI Hassan Heydari
1-    One example that resembles the independence of Kurdistan is South Sudan.
2-    South Sudan declared independence after holding a referendum in 2011, but the struggle for independence, which meant the disintegration of the tenth largest country of the world, led to the death and injury of more than two million people and left a huge number of people displaced and starving while this is still going on.
3-    In South Sudan, like the Iraqi Kurdistan, the Zionist regime was the main supporter of the disintegration. At the moment, the peoples of the South Sudan have a very difficult time because of the genocides committed by Zionists against Muslims.
4-    The Zionist regime is one of the first ones to recognize South Sudan's independence a day after its referendum, and Juba has announced its intention to establish full diplomatic relations with Israel.
5-    Although South Sudan’s independence was based on the yea vote of more than 99% of the participants in the referendum, the boost-up of Zionists presence in this newly-established country revived the colonial relations of the pre-World War II era, and put South Sudan against the Arab world and Islam. Today, Zionists are also rapidly deploying in all state and private sectors of South Sudan. They explicitly state that their current investment has been the result of decades of Tel Aviv’s military aid to the rebels in south.
6-    Conclusion: Now in the Iraqi Kurdistan region, we see they dance with the flag of the Zionist regime and also carry the flag of Israel while marching. It reminds every one of South Soudan’s Independence Day celebrations six years ago during which the flag of the Zionist regime was raised. Of course, the first consequences of the Zionist regime’s presence among the Kurdish Muslims targets the people of Iraq's Kurdistan. They (the Zionists) will prepare the ground to commit genocide against Kurds. This is exactly the issue that now we are witnessing in Myanmar. Today’s Sudan is the image of the future of Kurdistan if the Zionists’ presence would be allowed.