TEHRAN(Basirat): Iran’s Army Commander Major General Abdolrahim Mousavi shrugged off recent comments made by some US officials against the country, saying the empty threats “are not even worth responding”. 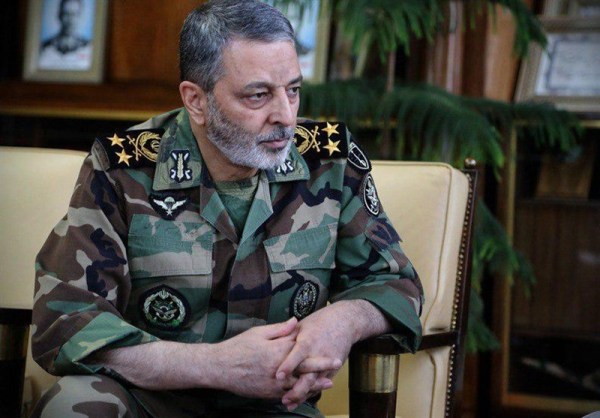 Speaking during a visit to the southeastern city of Zahedan on Saturday, the commander denounced bullying against Iran by some hegemonic and trans-regional powers.

The arrogant powers’ threats are not even worth responding, he stressed.

He went on to say that resisting against the pressure of the hegemonic powers is among the Iranian Army’s duties.

"Today, the Army forces are fully ready to perform their duties through employing up-to-date equipment in the air, land and sea sectors,” he said.

In recent years, Iran has taken great steps to strengthen its military power in the face of foreign threats.

Tehran has always assured other nations that its military might poses no threat to regional countries, stressing that the Islamic Republic’s defense doctrine is entirely based on deterrence.