TEHRAN(Basirat): More than 90 top American experts in atomic sciences, including a designer of the hydrogen bomb, publicly threw their weight behind the Iran nuclear agreement on Monday, exhorting Congress to preserve the accord in the face of President Trump’s disavowal of it. 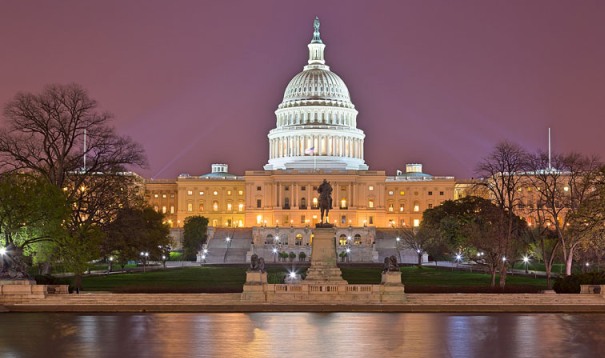 In a letter to Senate and House leaders of both parties that emphasized the "momentous responsibilities” Congress bears regarding the agreement, the scientists asserted that the accord was effective in curbing Iran’s nuclear activities.

"Congress should act to ensure that the United States remains a party to the agreement,” read the letter, signed by what amounted to a who’s who of prominent physicists and other luminaries in American science, The New York Times reported.

The letter said the signers were offering their perspective "as scientists who understand the physics and technology of nuclear power, of nuclear explosives, and of long-range missiles; and who collectively bring their experience with nuclear nonproliferation.”

They included Richard L. Garwin, a 2016 Presidential Medal of Freedom recipient and nonproliferation advocate, whose work at the Los Alamos National Laboratory in the early 1950s gave birth to the hydrogen bomb; all three winners of the 2017 Nobel Prize in Physics; and Siegfried S. Hecker, a former director of Los Alamos who is internationally regarded as an authority on nuclear security threats.

Trump has described the 2015 agreement, negotiated under the Obama administration, as a giveaway to Iran and "one of the worst” deals ever, and has said it should be renegotiated or disbanded.

He has criticized provisions of the agreement that expire over the next two decades and has complained that it does not ban Iranian missile development or stop other actions by Iran deemed to counter American interests.

European allies of the United States that are parties to the nuclear agreement have urged the Trump administration to respect it. Iran has said the accord cannot be renegotiated.

The scientists said Trump’s objections could be addressed without a renegotiation, which their letter called an "unrealistic objective.”

Their letter reflected the intense lobbying underway in Congress by supporters and opponents of the agreement, known as the Joint Comprehensive Plan of Action, which lifted many sanctions on Iran in return for its verifiable promises of peaceful nuclear work.

The text that more than 90 scientists sent to Congress on Monday expressed strong support for the Iran nuclear deal.

The lobbying has accelerated since Trump, as part of an aggressive new strategy to confront Iran, announced a few weeks ago that he would no longer certify Iran’s compliance with the agreement, as required every 90 days under an American law.

Trump’s action essentially shifted the fate of the agreement to Congress, which may now reimpose sanctions on Iran in the next few months. Such a step may unravel the entire agreement.

Iran will then remain subject to strong safeguards enforced by the International Atomic Energy Agency, the nuclear-monitoring arm of the United Nations.

The agency has said Iran is complying with the nuclear agreement’s provisions. Iran has always asserted that it does not seek nuclear weapons.

The scientists’ letter also recommended additional ways to monitor Iran — or any other non-nuclear state, for that matter — without renouncing the nuclear agreement.

They proposed stronger verification at uranium enrichment plants in non-nuclear states, in addition to multinational control of such plants, which could "provide an extra layer of security against their misuse to produce material for nuclear weapons.”

The Iran agreement, the scientists said, is "necessary to provide the time needed to develop and implement these initiatives.”

Earlier Monday, prominent opponents of the nuclear agreement issued a statement expressing strong support for Trump’s position. Their statement said the agreement must be changed to address what they called deficiencies that put Iran "on a legal glide path to a nuclear weapons arsenal.”

The statement was released by the Foundation for Defense of Democracies, a Washington-based group that has strongly criticized Iran on a range of issues including the nuclear agreement.