“US Seeking New Goals in Mideast to Make Up for Failures”

TEHRAN (BASIRAT) :A political analyst says the US is seeking new objectives in the post-ISIS era in the Middle East to make up for its failures. 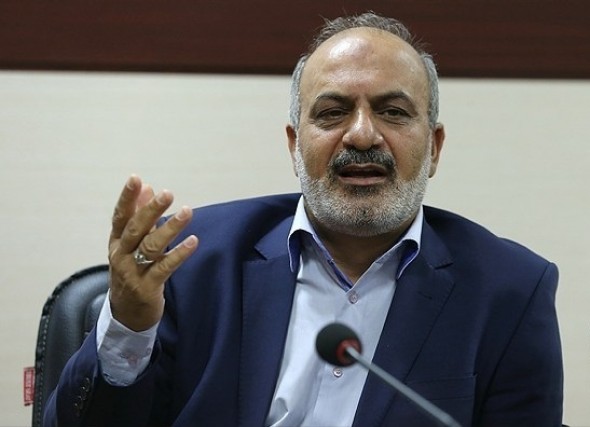 The more the balance is tipped in favor of the resistance front and independent states, the more limited and inefficient the potentialities and tools of the US and the Israeli regime become. At least, we can mention two recent developments in the post-ISIS era, i.e. the referendum in Iraq’s Kurdistan region and Hariri’s coercive resignation. In fact, the faceoff between the resistance front on the one hand, and the American-Israeli front on the other, produced a result which was against the objectives of the latter.
With the efforts and endeavors of Syrian and Iraqi troops as well as the military management of top commanders of Iran’s Islamic Revolution Guards Corps (IRGC) along with the commanders of Iraqi and Syrian armies, the domination of ISIS in Iraq and Syria came to an end. Major General Qassem Soleimani, a senior IRGC commander playing a key role in defeating ISIS and terrorism in the region, also in a letter congratulated Leader of the Islamic Revolution Ayatollah Seyyed Ali Khamenei on this victory. Still, we should see what the situation of Takfiri terrorism in the region will be after the elimination of ISIS’s rule. Will the American-Arab-Hebrew front back down from its positions? What impact will ISIS’s defeat have on easing security threats against Iran?
Hadi Mohammadi, a senior expert on Middle East issues, has, in an interview with the Persian-languate Basirat website, elaborated on the different dimensions of the post-ISIS era in the region. The highlights of the interview follow.
Basirat: On the whole, how do you see the objectives of the United States and Western countries in the post-ISIS era in Syria, Iraq and the region?
Analyst: We can outline those objectives as follows:

1. Making the most of the remaining terrorism and creating the opportunity to mastermind new crises.
2. Continuing to use terrorism as a tool and to trigger wars and crises in a bid to secure the opportunity for bargaining and seeking concessions.
3. Seeking to perpetuate political and security crises in the region in an effort to deal a blow to the stability created as a result of the triumph over American-Israeli schemes.
4. Pressuring the resistance front on economic, security, political and media fronts in a bid to undermine its regional leverage.
5. Attempting to promote divergence and create different fronts in the region in order to make financial capital out of it and interfere in regional affairs.

6. Seeking to gain a foothold in Iraq and Syria in a bid to gain concessions, secure the possibility of meddling in regional affairs and prevent the domination of the resistance front in the region.
7. Capitalizing on the cooperation of regional Arab allies in order to form an Arab-Hebrew front and sideline the issue of Palestine and replace the Israeli regime with Iran as the enemy.

The above-mentioned goals and policies are basically designed to compensate for the West’s back-to-back failures in the region. The seven objectives are mostly dependent on media, political, and to some extent security and military actions. Such actions, of course, will not be so effective as long as the resistance front acts promptly and prudently to deal with US-instigated crises as it did with the Kurdistan referendum or Hariri’s resignation. Washington and London have, in a joint plan, tried covertly to depict the Popular Mobilization Units as a terrorist entity and a tool used by Sunnis to commit crimes. They have also orchestrated a major scheme for Iraq’s upcoming parliamentary vote. Also in Lebanon and following the failure of Hariri’s resignation scenario, they have been seeking to provoke political conflicts as well as partisan and factional tensions to dampen the role of the resistance front and Hezbollah in the region. Of course, their post-ISIS objectives can be foiled by adopting prompt and prudent measures.