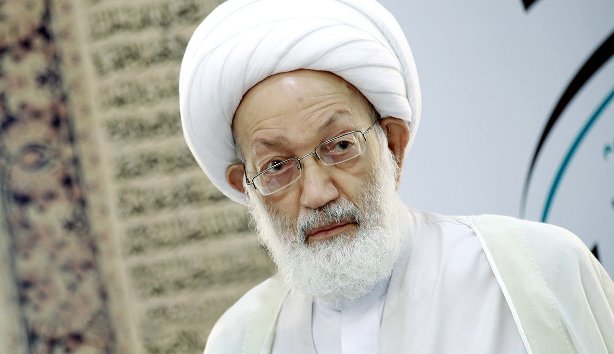 The full text of the statement is as follows:

In the Name of God

This outstanding personality, who has been cruelly imprisoned in his house for months, is not physically fit and needs a well-equipped medical group to save his life.

According to the close relatives of this religious leader, Sheikh Isa Qassim has lost half of his weight and suffered a stomach bleeding. These new complications have been added to his former diseases such as blood pressure, diabetes and old age weakness.

Sheikh Isa Qassim’s doctor has stated that he needs some surgical procedures by expert teams; however, due to ‘house arrest’ and lack of medical facilities at home, his physician does not have the ability to make effective treatments.

On the other hand, the family members of Ayatollah Isa Qassim do not trust the doctors deployed by the ruling regime in Bahrain.

With regard to all that has been described above, the Ahlulbayt World Assembly, as an international body whose members are comprised of intellectuals and elitesfrom more than 120 countries, would like to call the kind attention of the United Nations, Organization of Islamic Cooperation, the High Commissioner for Human Rights, Amnesty International, the European Union, and international organization of Doctors Without Borders as well as the heads of governments and parliaments of free countries throughout the globe to the following points:

1. Due to the old age and feeble body of Ayatollah Sheikh Isa Qassim, he cannot tolerate any further illnesses and sufferings, and we are afraid that with the end of the little power left, the life of this great religious and intellectual person will be put in danger.

2. Depriving human beings of drugs and appropriate treatments is one of the greatest examples of human rights violation.

3. For near seven years, the AlKhalifa regime has been trampling the civil and human rights of his people in different unjust ways. Failure to allow patients to be treated is another shameful log of this regime in terms of human rights violation.

4. As a global organization, we call for the presence of a skilled and trusted medical staff to be dispatched by international organizations to treat Ayatollah Isa Qassim.

5. We also call on legal practitioners and related organizations to put pressure on the Bahraini lawbreaker regime to cancel the stripping of Sheikh Issa Qassim'scitizenship and put an end to his house arrest.

6. Undoubtedly, the responsibility for any unfortunate event that occurs because of the negligence on this matter is primarily on the shoulders of the Bahraini government and then on the people and organizations who have remained silent in this regard.