TEHRAN(Basirat): US Ambassador to the UN Nikki Haley said ahead of the vote that the US would take note of countries that "disrespected" it by voting against its decision to recognise Jerusalem as the capital of Israel 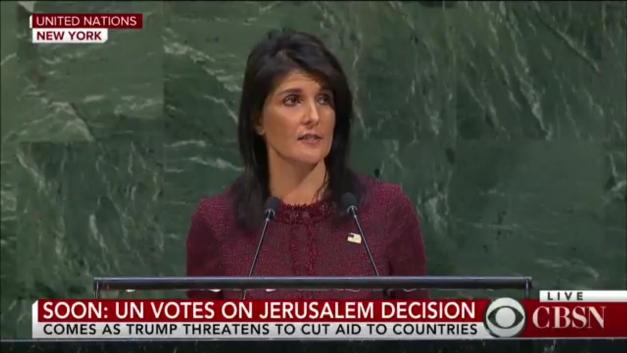 Donald Trump's controversial decision to recognize  Jerusalem as the capital of Israel  was dealt a blow when the bulk of the United Nations General Assembly member states backed its motion to brand his unilateral move as " null and Void ".

The resounding condemnation against the move by the US president was delivered by 128 countries - almost two-thirds of the 193 member states of the global alliance. Only nine, mostly in Africa and the Middle East, supported Mr Trump in his stance.

The UK, France and Germany were among the nations who voted in favor of the motion. It is not legally binding, but its near unanimous victory delivers an embarrassing blow to Mr Trump.

US ambassador to the UN Nikki Haley said that Washington would take note of countries which had "disrespected” America by voting against it.

Mr Trump had earlier threatened to cut "billions” of aid dollars to nations which backed the UN’s motion.

Here are the countries that did so:

Member states that voted against the resolution: