TEHRAN(Basirat): Iranian president and his Turkish counterpart held a phone conversation during which the two sides called for expanding their ties and Erdoğan stressed the significance of ‘maintaining peace and stability in Iran. 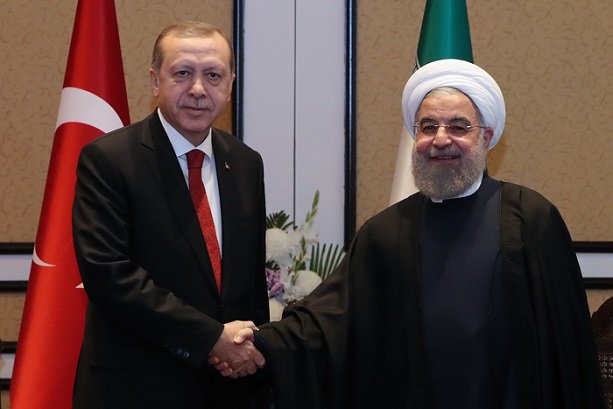 Erdoğan and Rouhani discussed ongoing demonstrations in Iran in a phone conversation on the morning of Jan. 3, according to Turkish presidential sources.

During the phone conversation, Hassan Rouhani expressing his satisfaction with the positive development of bilateral cooperation in the political, security and economic spheres, arguing that the implementation of joint plans between the two countries will definitely improve Ankara-Tehran relations, especially in the economic sphere.

Iranian President Hassan Rouhani has reportedly told his Turkish counterpart Recep Tayyip Erdoğan that the protests will be over in few days.

Iran’s president also urged acceleration of cooperation between banks in the two countries, especially the use of national currency, and said strengthening banking cooperation and customs facilitation would play an important role in developing and strengthening the relations.

Rouhani further stated that Iran is determined to strengthen its relationship with Turkey and the two countries' regional cooperation and said "Tehran-Ankara cooperation and their active participation in Sochi and Astana talks will strengthen and develop security in the region.”

Rouhani added that in the Islamic Republic of Iran, people are free to express their criticisms and objections within the framework of the law, and "it is undoubtedly important for us to secure security and peace of the people, and while we will not remain silent against violence and illegal actions of abusers.”

The Turkish president, for his part, said that Ankara is determined to expand its relations with the Islamic Republic of Iran in all areas.

Recep Tayyip Erdoğan said that relations between the two countries are of high importance and hoped that Tehran and Ankara will interact in all areas this year, adding "by strengthening banking cooperation and accelerating the use of national currency in financial relations, the two countries’ ties will deepen."

He also noted the role of Sochi and Astana talks in strengthening regional stability and security, saying that Tehran and Ankara will continue working to consolidate the region's stability.

Erdoğan said Rouhani had taken an "appropriate stance” by saying demonstrators should not violate the law while exercising their right to peaceful protests, adding that the Turkish president stressed the significance of "maintaining peace and stability in Iran."

The protests initially began last Thursday, as people took to the streets to express their discontent with soaring prices. However, a number of the rallies turned violent and several people lost their lives in the following riots.