Russia urges US to 'recognize reality' on Iran 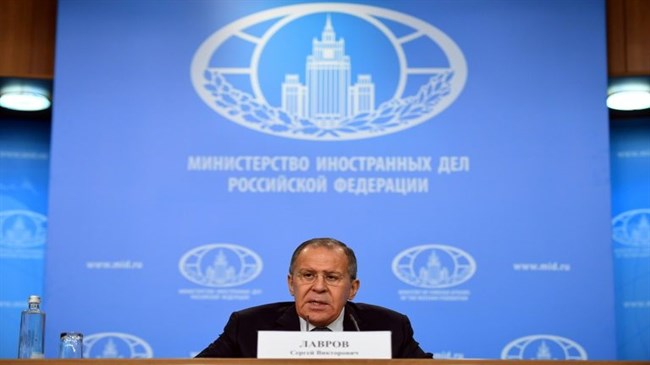 "We will continue to work with the aim of the United States recognizing reality," Lavrov said at an annual press conference in Moscow on Monday.

He added that US statements to end the deal "do not add optimism or stability."

Lavrov spoke days after US President Donald Trump said he would waive nuclear sanctions against Iran for the last time to give Washington and its European allies a chance to "fix the deal's disastrous flaws."

But Lavrov said Moscow will not support attempts by Washington to modify the 2015 nuclear deal, arguing such a move could also complicate diplomacy over North Korea’s nuclear weapons program.

"We will not support what the United States is trying to do, changing the wording of the agreement, incorporating things that will be absolutely unacceptable for Iran," he said.

Lavrov said it was "hard to say" what position European countries will have.

"They are starting to somehow, I believe, call on looking for compromises. This will be a slippery slope in a very dangerous direction," he said.

Russia’s top diplomat, who stressed that Russia will work to preserve the existing Iran nuclear deal, also warned that the agreement’s collapse could be detrimental to dialogue with North Korea.

Lavrov suggested Pyongyang would look at how Iran had been treated by Washington and wonder if any deal it did with the United States on its own missile and nuclear programs would hold or also be called into question.

"If Kim Jong-un is required to stop (North Korea's) nuclear military program and, in exchange, is promised sanctions will be lifted then this is precisely the essence of the agreements between the world community and Iran," Lavrov said.

"If this arrangement is taken away and Iran is told: you remain within the framework of your obligations and we will re-impose sanctions – then put yourself in North Korea's place," he added.

Under the hard-won 2015 deal with Russia, the US, China, France, Britain, Germany and the EU, Iran agreed to curb its nuclear program in exchange for lifting a raft of international sanctions.

America's allies see the accord as a victory for diplomacy.

Iran on Saturday rejected any modification of the deal after Trump's comments.