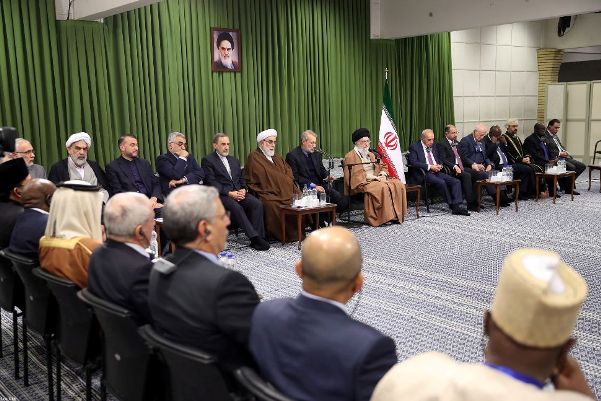 Parliament speakers from across the world went to see the Supreme Leader earlier in the evening.

Mahmut Erol Kılıç, secretary general of the PUIC had said at the end of Tuesday meeting of the 13th Session of the Parliamentary Union of the OIC Member-States that heads of the visiting delegations would meet the Leader this evening.

The five-day PUIC conference which is slated to conclude on Wednesday focuses on the questions of the World of Islam, including the Palestine cause as well as political affairs and foreign relations, human rights, women and family affairs, cultural and legal affairs, dialogue of civilizations and religion, economic affairs, and the environment.