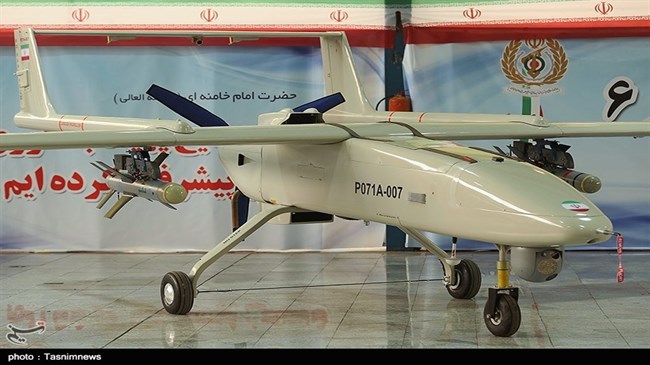 The Mohjer 6, which is the newest version of the famous Iranian Mohajer UAV family, is equipped with a new home-made smart bomb dubbed "Qaem”, IRNA reported.

It is the first UAV of the Mohajer series that is armed with a guided weapon system.

The Iranian Mohajer 4 UAV have been successfully used during conflicts in Syria and Iraq.

The Mohajer 6 got a longer wingspan and a bigger size. It is also can fly longer than the previous version, Mohajer 4.

Qaem smart bomb, which was unveiled for the first time during the ceremony, is capable of destroying mobile and fixed targets, Iran’s defense minister said.