TEHRAN (Basirat): This year’s February 11 rallies were a blow to the ill-wishers and instigators who wanted to provoke unrest and chaos in Iran.

This year's nationwide February 11th rallies were indeed spectacular, a term also used by Leader of the Islamic Revolution Ayatollah Seyyed Ali Khamenei to describe the event. Not only had popular presence not diminished in the demonstrations, but the mass participation did not allow the enemy's stooges to make any mischief or hatch plots. Moreover, the rallies amounted to the clear disavowal of instigators, and drew a line between people's rightful demands and the sinister objectives of the enemies and their pawns. 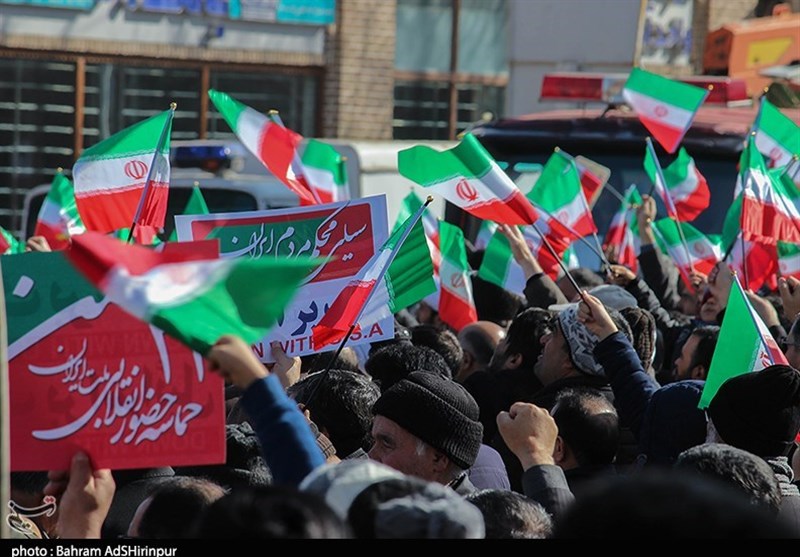 The rallies were marked by actions such as the following:
1. Using large numbers of the three-color Iranian flag along with pictures of the late Imam Khomeini in response to anarchists' insult to the national symbols
2. Taking to the streets early and leaving the rallies late in response to threats and anti-revolutionary calls by anarchists to stage simultaneous or parallel demonstrations with the main rallies
3. Chanting slogans against corruption and discrimination, and bringing officials’ attention to key issues and the problems in the society
4. Vigorously chanting "Down with the US” and "Down with Israel” slogans in response to support for chaos and unrest in Iran by the criminal and hated leaders of Washington and Tel Aviv
In fact, insightful and decent Iranian people, remain faithful to the revolution and the Islamic Establishment. The Islamic Revolution turned forty on February 11, 2018, when people once again showed their commitment to safeguarding the revolution and sowed the seeds of despair among the ill-wishers who had tried, a few weeks earlier, to cash in on people’s rightful protests and use people’s problems to tarnish the Islamic nature of the Establishment and even all religious institutions and symbols. In other words, they wanted to use popular protests as a cove-up for opposition to religion. However, they were given a slap in the face by the people on February 11. Although this time, too, the officials of the US and the Zionist regime turned a blind eye to the mass participation of the people, the rallies were spectacular indeed for the fair-minded.