Iran to Boost Missile Power Regardless of Politics: Top Official

TEHRAN (Basirat) : The secretary of Iran’s Supreme National Security Council made it clear to France’s foreign minister that Tehran will enhance its missile capabilities as part of a defense strategy which would not be affected by political factors. 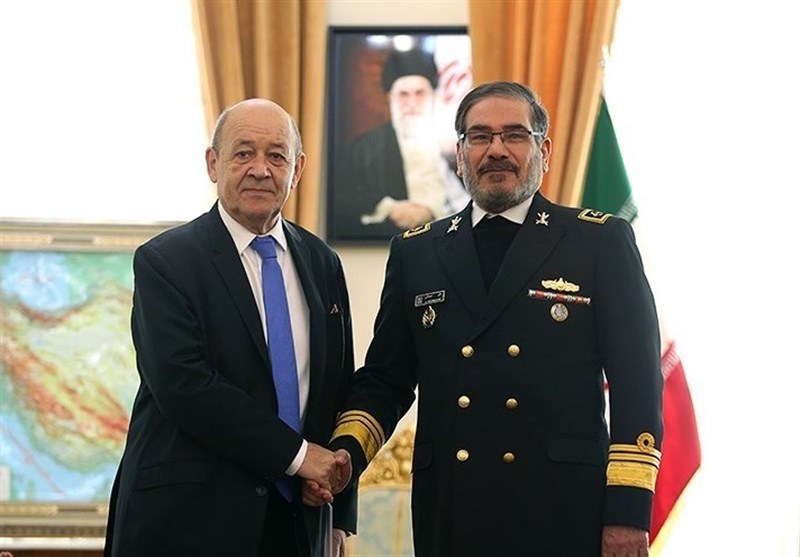 In a meeting with French Foreign Minister Jean-Yves Le Drian in Tehran on Monday, Ali Shamkhani described Iran’s defense power, particularly its missile program, as "an inevitable necessity” in line with the country’s deterrent policies.
"Iran’s defense power is not a threat to any country, and its enhancement is a function of the security needs and (the need to counter) potential threats against the country without being influenced by political factors,” he added.
His comments came after Le Drian’s controversial comments about Iran’s missile program ahead of his trip to Tehran. "There are programs for missiles that can travel several thousand kilometers, which are not compatible with UN Security Council resolutions and which exceed the needs of defending Iran's borders,” the top French diplomat had told the Journal du Dimanche newspaper.
Elsewhere in the meeting, Shamkhani called on Europe to accelerate the implementation of the Joint Comprehensive Plan of Action (JCPOA), the nuclear agreement between Iran and the Group 5+1 (Russia, China, the US, Britain, France and Germany).
He also criticized Europe’s "wrong” policy of making concessions to the US government to keep it in the nuclear agreement, slamming it as "passiveness and giving in to Trump’s psychological game.”
The top security official further decried France for hosting the members of anti-Iran terrorist groups who have been behind the assassination of thousands of people.
As regards the Saudi-led military campaign against Yemen, Shamkhani decried the West’s double-standards and deliberate ignorance of the humanitarian crisis in the Arab country.
On Syria, the Iranian official stressed the need for the continuation of Syrian-Syrian dialogue and a halt to support for armed opposition groups and terrorists in order to restore calm and stability.
For his part, the visiting French minister praised Iran for its full commitment to the JCPOA, saying France is opposed to the US stances on the nuclear accord and believes they undermine the deal.
Pointing to the "very bright prospect” for Tehran-Paris political and economic ties in the post-JCPOA era, Le Drian said new plans for stimulating monetary and banking interaction between France and Iran would be made public soon.
The French minister’s visit to Tehran comes against a backdrop of criticism of Paris for its push to hold talks on Iran’s missile program.
In comments in October 2017, Leader of the Islamic Revolution Ayatollah Seyed Ali Khamenei categorically rejected the idea of negotiations on Iran’s defense power, stressing that the country will press ahead with the plans to boost its might and build up its defense capabilities.
"As we have announced several times in the past and announce it once again, the country’s defense capabilities and power are not subject to negotiations and bargaining,” Ayatollah Khamenei said at the time.