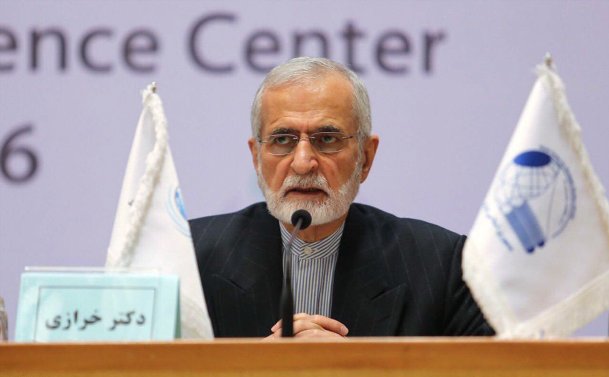 "Multilateral policies in the international arena have been threatened by the US unilateralism,” Kharrazi, Chairman of Iran's Strategic Council on Foreign Relations, said in a question and answer session held in the French capital, IRNA reported on Wednesday.

"US exit from the Iran Deal, United Nations Educational, Scientific and Cultural Organization (UNESCO) and Paris Agreement all indicate that Washington is following up policies based on unilateralism,” Kharrazi said.

The senior official further called on the world countries to take practical measures to save the multilateralism in the international system.

"If the agreements which have been respected by the UN are not defended, there will remain no guarantee for the global peace and security,” the official added.

Asked about the way Iran would stay committed to the July 2015 nuclear deal from which US withdrew unilaterally, Kharrazi said Tehran has fully been faithful to its commitments within the framework of the deal, and now it is up to the European countries to give due guarantees to Iran in order to keep the country loyal after Washington's exit.

Iranian President Hassan Rouhani, in response to the US May 8 decision to withdraw from the Iran Deal, ordered the Foreign Ministry to consult with the European countries, Russia and China within one to two weeks.

"If Iran's national interests are secured, we will remain in the deal' officially known as the Joint Comprehensive Plan of Action (JCPOA)”, said Iranian president.

Touching upon the issue of Palestine, Kharrazi condemned the Zionist forces' May 14 massacre of the defenseless Palestinians who conducted a peaceful demonstration against relocation of the US Embassy from Tel Aviv to Holy Quds.

Iran's Kharrazi traveled to the French capital city on Sunday (May 12) to attend a meeting arranged by Leaders for Peace Foundation created in Paris by the former French prime minister Jean-Pierre Raffarin.