TEHRAN(Basirat): Human rights activists on Monday placed shoes in front of the Council of the European Union in Brussels in protest at the Israeli regime’s killing of 4,500 Palestinians over the last decade.

Members of the activist group Avaaz covered Jean Rey Square with shoes, donated by citizens across Europe over the last week.

It was part of what the group said was a "growing call for EU governments to protect Palestinian lives by reining in Israel’s government violence,” euronews reported. 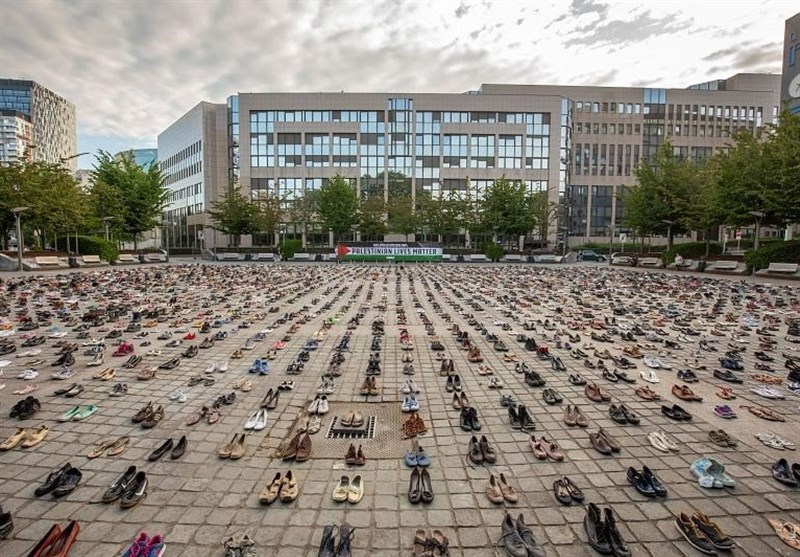 "Citizens across Europe have one clear message for our governments: Palestinian lives matter to us and they need to matter to you," said Avaaz Campaign Director Christoph Schott.

"As Israel’s largest trading partner and political ally, it is our moral responsibility to send a clear signal to Netanyahu’s government that the violence must stop," he added. 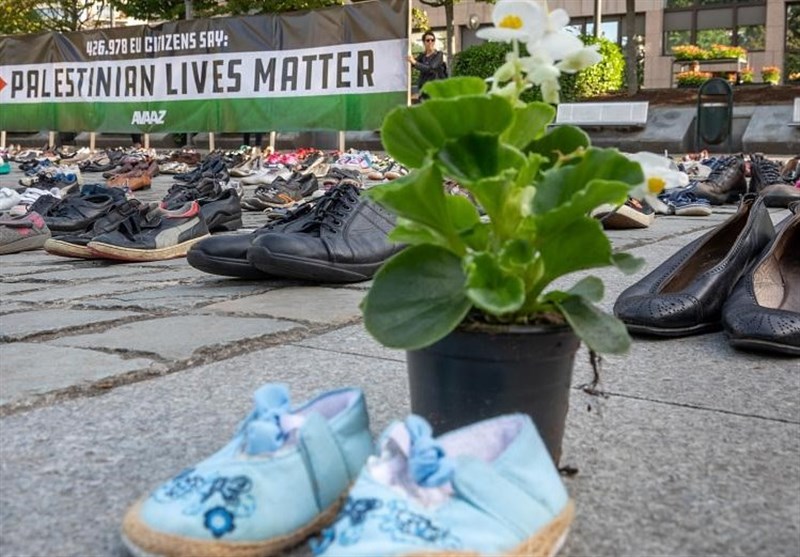 The memorial was designed to greet European foreign ministers as they entered a one-day meeting to discuss the ongoing Gaza crisis and other international topics.

The United Nations Office for the Coordination of Humanitarian Affairs estimates that over 4,500 people have died since the Gaza war in 2008.

However, Avaaz says "completely precise" statistics were not available since Israel and the US have blocked the UN from conducting impartial investigations on the ground.