TEHRAN(Basirat): Leader of the Islamic Revolution Ayatollah Seyyed Ali Khamenei appeared among and delivered an address to a glorious, passionate, meaningful and innumerable crowd of appreciative people on Monday, marking the 29th anniversary of the departure of the late founder of the Islamic Republic Imam Khomeini. 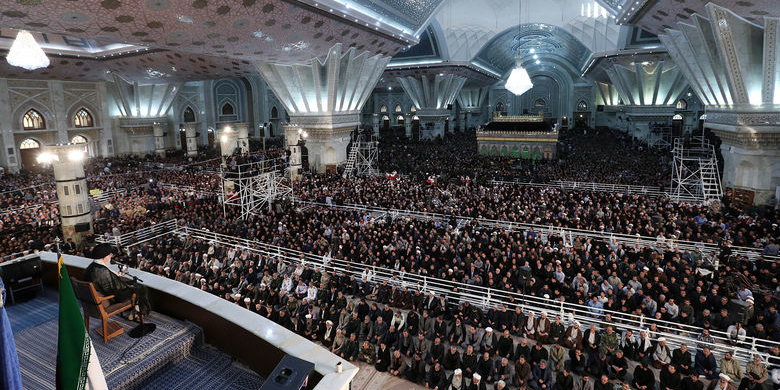