Tehran(Basirat): Marvin Zonis, a professor of international political economy at Chicago University, is of the view that U.S. President is a pathological narcissist that tries to press Iran by increasing sanctions and stirring domestic unrest. 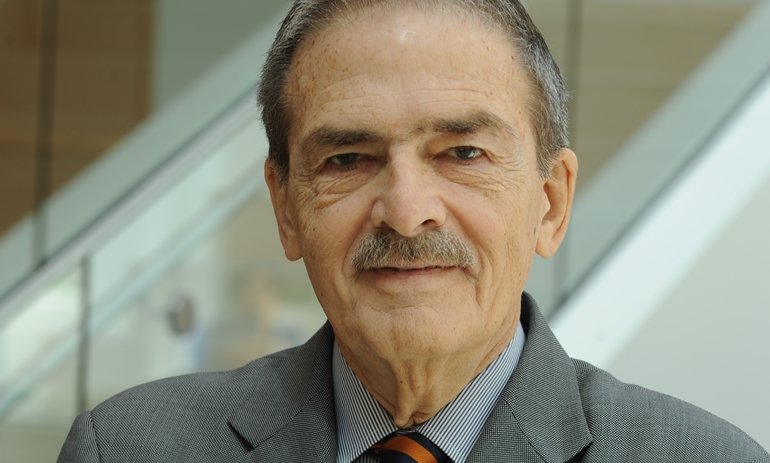 Following is the full text of the interview with Zonis on the recent developments in the international arena and possible changes in the world order and regimes created after World War II.
Nowadays great gaps and differences are seen among G7 member states while the SCO member states are moving forward unitedly. Some believe that the world order and organizations created after World War II are being undermined, and due to this reason the US is not going to pay the cost of NATO, WTO and free trade treaties like NAFTA. What is your analysis?
It is something of an exaggeration to say the US pays the cost of NATO or the WTO or NAFTA, as the richest of the member states and founder of the organizations, especially after the catastrophe of World War II, the US took the lead role. But member states still do contribute. The US, it needs to be mentioned, protected itself with a veto on virtually all the decisions these organization make. But more important than any other factor is the very peculiar views of President Donald Trump who acts as if US allies are in fact its adversaries while its adversaries are in fact it friends. His attacks on Europe, NATO, the G7, etc., are not widely shared in the US and, in fact, are greeted with horror by the vast majority of the American people. His recent appalling performance with Vladimir Putin, where Trump said he believed the Russian President’s denial of Russian interference in the 2016 election rather than all the US intelligence agencies is just but one very important indication of this.
While Donald Trump attended the NATO and G7 summits with an aggressive approach toward Washington’s allies, he is trying to improve relation with North Korea and Russia with a reconciling approach. Why?
It is very difficult to understand Donald Trump. I start with the possibility that he has serious cognitive impairments which prevent his thinking clearly and cogently. (He may, in short, be mentally ill.) He is also a pathological narcissist who believes that only he can solve US foreign problems. His rush to the summit meeting which Kim Jon Un is a consequence — an ill prepared summit with very little substance but lots of positive headlines for the narcissist Trump. With Putin — maybe the President of Russia does have incriminating videos of Trump’s when he was in Russia for the beauty pageant he sponsored….It is also the case that he admires authoritarian, tough guys over democratic leaders...
International community is experiencing a new area in which while the US is retreating from the old orders and regimes, China is trying to impose its own orders and regimes by reviewing ancient Silk Road project. To what extent the developments in the Middle East especially in Syria are affected by international systems structure which is changing?
Under Trump, the US is certainly retreating from globalization — its past foreign policy priorities. In this sense he is cooperating with Russia and China who seek the same goal. For the time being the Chinese Silk Road projects have less to do with Syria than does the foreign policy of President Putin, whose military presence is a powerful factor in all Syrian developments? Then there is Iran, Israel, the US and Turkey — all part of the mix beneath President Assad. We are very far from a stable outcome in Syria and should be prepared for more combat, deaths, and chaos — poor Syria.
Some theoreticians including John Mearsheimer believe that one of the most important elements of Trump’s foreign policy is to move toward offshore balancing and reduction of troops and increasing of animosity with Iran. Do you agree with this? Will the US decrease the number of its troops in Middle East? If we accept that the mentioned elements are the base for Trump’s foreign policy, how will Washington confront with Iran’s regional influence?
The senior people surrounding President Trump — particularly John Bolton and James Mattis — are confirmed Iran haters. Trump himself hates Iran so the combination of these people suggest very negative things ahead for the US - Iran relationship. The only useful tools the US has for the moment is the imposition of more punishing sanctions. This may be followed by efforts to stir domestic Iranian unrest by focusing on Iran’s minorities — not likely to be a very positive approach.
Reacting to President Trump’s remarks calling the EU a foe, Donald Tusk, president of the European Council, asked Trump and Putin not to disturb world order. Do you think that Trump and Putin are going to create a new world order? If your answer is yes, how will the new polarization be in the new order?
This is inconceivable to me since Putin is hated by virtually everyone in the US (with the apparent exception of President Trump).