TEHRAN (Basirat): The Israeli navy seized a Swedish-flagged sailboat carrying food and medical supplies for Palestinians in the blockaded Gaza Strip on Saturday, the military said. 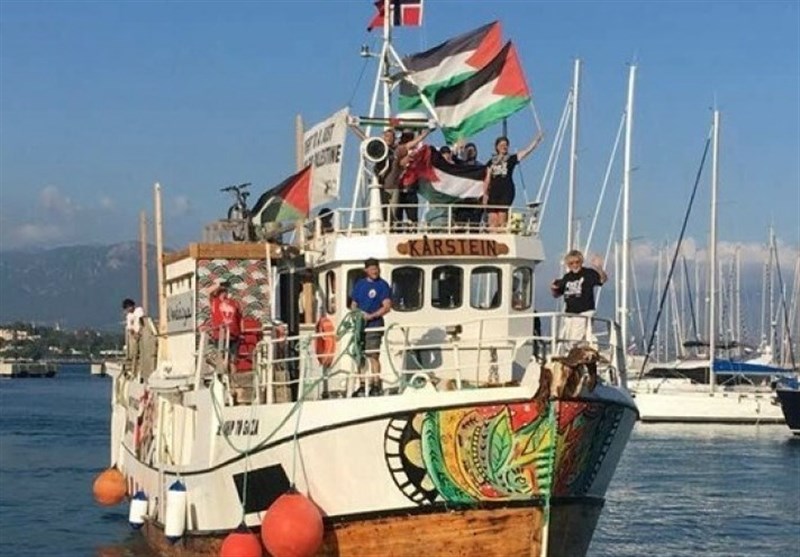 The 12 passengers are mostly from Sweden but also from Germany, Britain, Spain, France and Canada. They are in custody and will be put on flights home, a spokeswoman for the Israeli Immigration Authority said, Reuters reported.
The SY Freedom for Gaza was carrying mainly medical supplies and two of its passengers were journalists, said an organizer from a group named Ship to Gaza which organized the trip.
"Ship to Gaza demands that those who have been taken prisoner and the ship and its cargo are returned to the location where the ship was boarded and are allowed to continue their journey in international and Palestinian waters unmolested, in accordance with international law,” the group said in a statement.
More than two million Palestinians are packed into the Gaza Strip, which suffers deep economic hardship.
UN-led efforts are reportedly underway to mediate a long-term ceasefire between Israel and Hamas resistance group who have fought three wars since 2008.
Hamas officials had no immediate comment on the ship’s seizure.
Similar attempts by activists to challenge the Israeli naval blockade of Gaza have been blocked before.
The most serious such incident was in 2010, when Israeli forces raided a Turkish ship, the Mavi Marmara, that was leading a flotilla to Gaza. Ten activists aboard were killed at the time.
Source: Tasnim