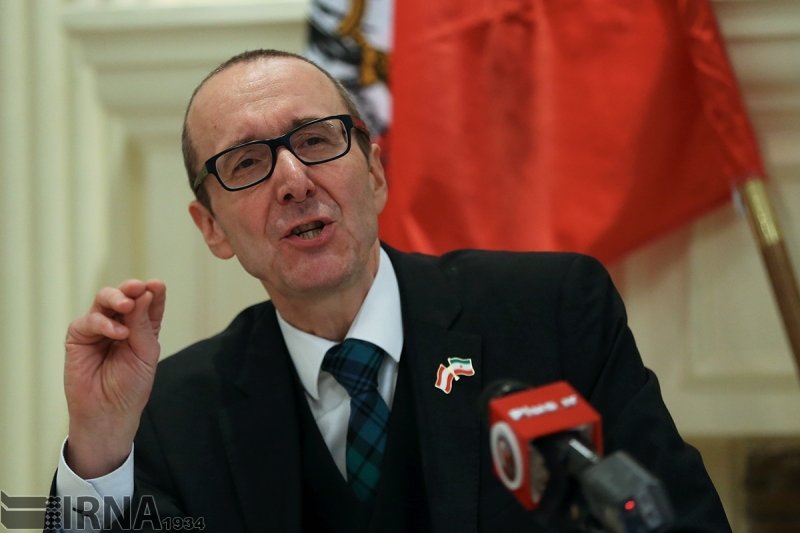 In an interview with IRNA published on Saturday, Scholz said, "We are proud to be a partner in the transformation of Iran’s economy and I must say we are really impressed by the way your leadership embraces the current extraordinary challenges as an opportunity to renew the economic base of your country and to make it fit for the 21st century’s global market.”
"By this we would build on Iran’s economic concept of resistance economy which has a second element which is an entrepreneurial focus and to build a resilient middle class of small and medium-sized economic operators,” he said.
Hailing President Hassan Rouhani’s "symbolic” visit to Austria in May, Scholz said Rouhani was the first head of state to visit his country since Austria assumed the presidency of the EU Council.
He added that the visit was also Rouhani’s first trip of his second term in office to a Western country as well as the first one after the U.S. exit of the JCPOA, also known as the Iran nuclear agreement.
"Dr. Rouhani’s visit was seen in Austria as a signal for Iran’s determination to further deepen the ties with Austria and to capitalize on the special profile on which the relationship between the two countries was built,” the Austrian envoy stated.
He reiterated his country’s resolve to preserve the JCPOA and supported Iran’s right to enjoy economic benefits from the JCPOA, provided that it fulfills its obligations from the agreement as has been certified by the IAEA meanwhile 12 times.
"Complementary to the efforts at the EU level in maintaining and preserving the economic dimension of the JCPOA, Austria is working on concepts to maintain and to promote wider economic relations with Iran,” he added.