Tehran (Basirat) :The secretary of Iran’s Supreme National Security Council has lashed out at certain countries and entities for adopting double standards on terrorism, saying the recent attack in Iran revealed the true face of terror sponsors. 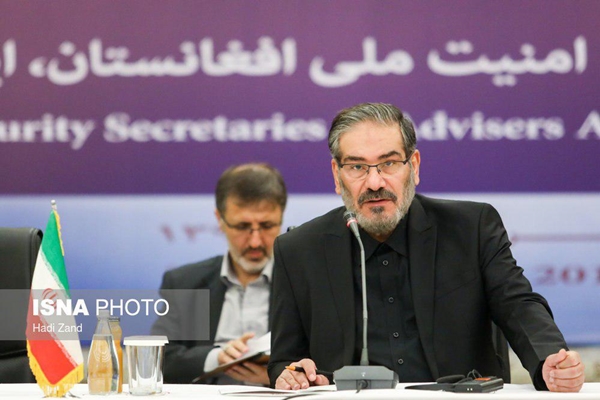 Vice Admiral Ali Shamkhani said at a regional security meeting in Tehran that the recent deadly terrorist attack in the southern Iranian city of Ahvaz unmasked the bare truth with regards to terrorists’ supporters and sponsors, who even refused to condemn the attack.
"The recent terror incident in the city of Ahvaz by a group affiliated with foreigners shows organized efforts by the terrorist current and their advocates to create insecurity,” said the official.
"This terrorist attack once again brought to light the scourge of double standards adopted by some of those who claim to be supporters of the campaign against terrorism,” he said.
Among the clear examples of these double standards, he said, are using terrorism as a tool, offering financial, political and logistical support to terrorists, promotion of deviant ideological and Takfiri principles, interference in other countries’ affairs and occupying other countries under the pretext of fighting terror.
The top official described terrorism as a serious and growing threat.
"Thousands of terrorists have remained in Syria and other countries, and they will jeopardize the future and stability of the region if they are not seriously dealt with,” he said.
Shamkhani said the ruling elite in the United States lack serious determination to eliminate the ISIS terrorist group.
"Despite having precise information on the presence of terrorists in known areas, American aircraft repeatedly refused to carry out airstrikes against them, and even airdropped supplies for them in certain cases or saved ISIS leaders from the siege of Syrian and Iraqi armies,” he noted.
He said the continuation of constructive talks plays a significant role in creating security, peace and welfare for the region.