Tehran (Basirat) :The Iranian Navy Commander says the presence of US vessels in the Persian Gulf is constantly monitored by Iranian forces, and all their conversations are tapped. 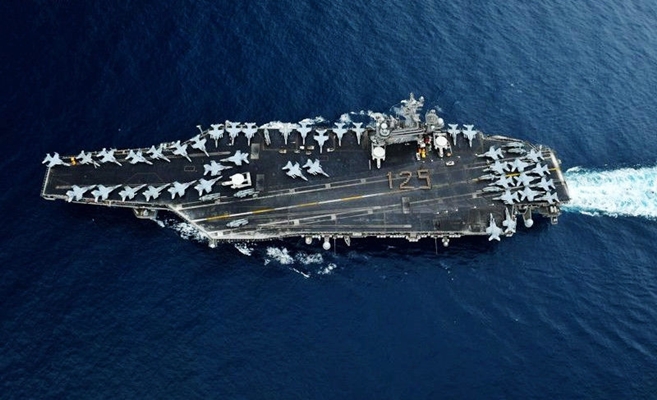 Rear Admiral Hossein Khanzadi said the American vessels are closely observed from the ground and air, adding that the areas monitored by the Iranian Armed Forces are very important.
Khanzadi also noted that foreign powers have created insecurity in the region to have an excuse for their presence.
US troops are deployed throughout the Persian Gulf region, with Saudi Arabia, Kuwait, Bahrain and Turkey involved in some aspects of the American military buildup.
The US 5th Fleet is currently deployed in the Persian Gulf with carriers, ships, strike aircraft, sailors and marines and has been involved in periodic confrontations with Iranian forces.
According to the US navy, from January 2016 to August 2017 there was an average of 2.5 interactions per month between US troops and Iranian maritime forces.
Iranian military commanders have said US forces typically observe the recommendations of Iran’s patrol boats and play by the rules. In January, however, a senior Iranian naval officer said Iran’s warplanes warned off two "coalition vessels” during a military drill in waters off the country’s southeast.
In his Monday remarks, Admiral Khanzadi also referred to Iran’s self-sufficiency in manufacturing the military equipment it needs, and said, Iran’s "Fateh” submarine will surprise the enemies.
"Therefore, they’d better never think of any aggression.”