TEHRAN(Basirat): It is shameful that U.S. President Donald Trump who has flouted the UN Security Council Resolution 2231 endorsing the Iran nuclear agreement is going to chair the UN council meeting this month and talk against Iran. 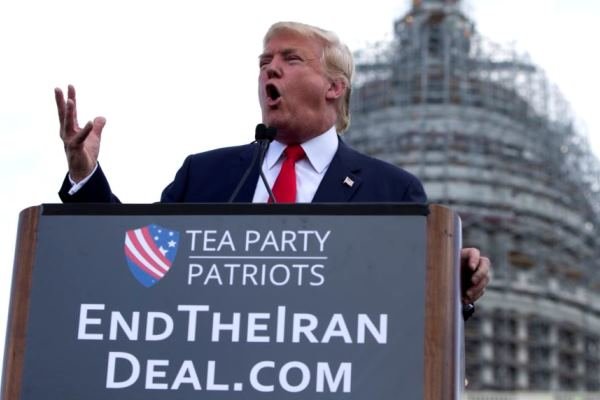 Such a move is actually an insult to the philosophy of Security Council and also an affront to the wisdom of the world.

A president whose reckless and impulsive decisions are pushing the world toward anarchy must be too rude and impudent to appear at the Security Council that its main task is to preserve the global peace and security.

The essence and mandate of the Security Council is alien to Trump’s cult personality. He is going to address a global body that he is completely acting against.

He is like a criminal who now pretends injustice.

Most often, hardline politicians soften their approach when they face realities, however, Trump has proven the opposite. He is becoming more impudent and vulgar day by day. His personality is filled with hatred which he directs at others.

He called the global warming a "hoax” invented by the Chinese and left the Paris climate agreement. This happened despite the fact that the world is close to catastrophe due to global warming.

He ordered the U.S. withdrawal from the agreement despite the fact the U.S. alone accounted for a third of greenhouse gas emissions before it was being replace by China in the last few years.

It is for these reasons that more than two thirds of Germans believe that Trump’s policies are "making the world a more dangerous place”. According to the "Fears of Germans” survey, German citizens have cited Trump’s decision to pull out of the Iran nuclear deal and Paris climate accord - along with his hostility towards Germany - as the main reasons for ranking him their biggest single worry.

Former German Ambassador to Washington Wolfgang Ischinger has also said that the U.S. president is endangering the world order. "No politician has unsettled the world to the degree Donald Trump has,” Ischinger told Der Spiegel.

Trump is a person who has animosity toward the world and there seems to be no limit for his hatred of others. Now instead of being held accountable for his violation of the Resolution 2231, he is shamefully emerging as a complainant.
Source: TehranTimes