Rouhani to U.S: No oil will be exported from Persian Gulf if Iran’s oil sale halted

TEHRAN (Basirat) : After five months for a second time President Hassan Rouhani warned the Trump administration that if Iran would not be allowed to export oil then no country will be given the permission to export oil from the strategic Persian Gulf waterway. 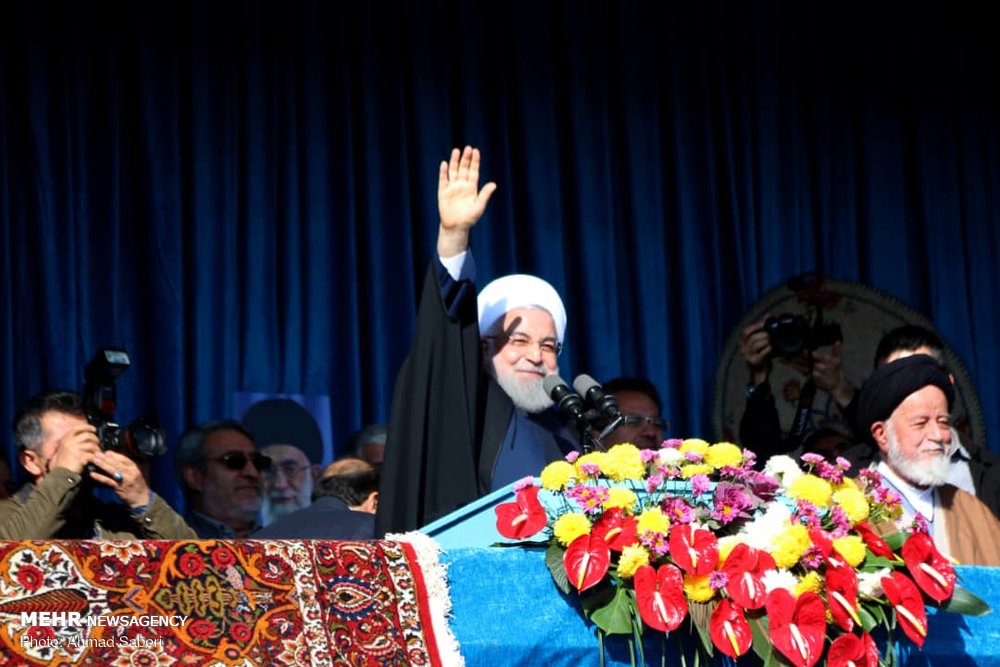 "The United States should know that we are selling our oil and will continue to sell, (but) the United States should know that if it wishes to halt Iran’s oil export then no oil will be exported from the Persian Gulf,” Rouhani told thousands of well-wishers in the city of Shahroud, Semnan Province.
One-fifth of the world’s oil passes in tankers through the Strategic Strait of Hormuz in the Persian Gulf.
The first time, on July 5, 2018, Rouhani, during a visit to Europe, warned that Iran would block the Persian Gulf passageway in retaliation in his country would not be able to export oil.
"The Americans have claimed they want to completely stop Iran’s oil exports. They don’t understand the meaning of this statement because it has no meaning for Iranian oil not to be exported while the region’s oil is exported,” Rouhani said in Switzerland.
Later, Islamic Revolution Guard Corps chief Mohammad Ali Jafari, whose forces patrol the Strait of Hormuz said his forces were ready to put Rouhani’s words into action if necessary. "We will make the enemy understand that either everyone can use the Strait of Hormuz or no one.”  Jafari asserted.
Iran won’t bow to U.S.
In continuation of his remarks on Tuesday in Shahroud, Rouhani said, "The great Iranian nation has not bowed and will not bow to the United States. The United States announced that they would deprive Iran of oil exportation and prevent Iran of economic interaction with the world. They announced that they would isolate Iran in the world and would reach their objectives in the region, however, the Iranian nation will announce final victory in all these battles.”
The president noted that the U.S. should know that Iran will keep relations with other countries and Washington cannot cut Iran’s economic ties with the outside world.
President Donald Trump unilaterally pulled the U.S. out of the historic 2015 nuclear agreement in May and reintroduced sanctions on Iran. The first batch of sanctions were enacted in August. The second wave of sanctions, which targets Iran’s oil exports and central bank, snapped back on November 4.
Initially, the U.S. vowed to cut Iran’s oil sale to zero, but later agreed to let eight countries, including Japan, India and South Korea, keep buying Iran’s oil after it reimpose sanctions.