All of Zionist Entity in Range of Hezbollah Rockets

TEHRAN (Basirat) : Hezbollah deputy head Sheikh Naim Qassem has said the resistance movement’s arms capability has deterred the occupying regime from aggression against Lebanon because "there is not a point in Israel not exposed to Hezbollah rockets.” 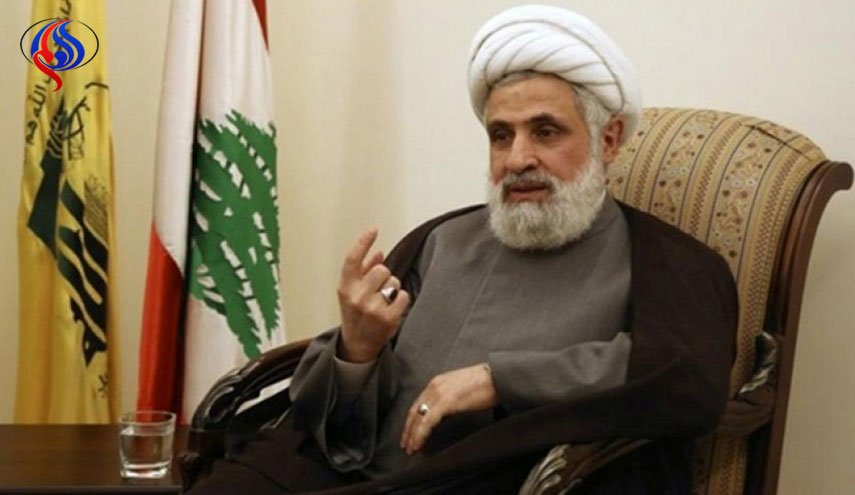 Speaking in an interview to the Iranian Arabic-language newspaper Alvefagh, Qassem said the Zionist regime has been afraid to go war in Lebanon since 2006.
His comments come amid heightened tensions after the occupying regime of Israel announced the launch of operations along the Lebanese border against what it claims Hezbollah tunnels crossing from Lebanon.
Qassem’s remarks did not directly address the recent Zionist maneuvering but were the first made by an official from the party since the operation began Tuesday.
"Ever since 2006, Israel has been deterred by the ability of (Hezbollah),” Qassem told Alvefagh, adding that all of the occupied Palestinian territories, "even Tel Aviv”, are subject to Hezbollah’s rockets.
"There is not a place in the Zionist entity that is not within Hezbollah's range."
"The Israeli discourse shows that war with Lebanon is out of the question for them," he said. "In their threats and analyses, they say that they will attack if Hezbollah does. So they are not initiating. The rules of the game are set by Hezbollah on the ground. The balance of deterrence makes it very hard for Israel to initiate a war against Lebanon."
Qassem said that Hezbollah too would not initiate war, but would respond to Israeli aggression and that such a response and counter-response could potentially lead to war.
The Zionist regime’s operation has drawn rebuke and ridicule even from Israeli leaders, with opposition leader Tzipi Livni criticizing PM Benjamin Netanyahu for overdramatizing the campaign "for political gain.”
Russian President Vladimir Putin reportedly reminded Netanyahu on Saturday of the need to maintain stability following the recent Israeli operations near the Lebanese border.
In his phone talks with Netanyahu, Putin "stressed the importance of ensuring stability in the region in strict accordance with Resolution 1701 of the UN Security Council,” the Kremlin said on Sunday.
He was referring to the 2006 UN Security Council resolution issued after the Second Lebanon War, the last major conflict between Israel and Hezbollah which ended with the victory of the Lebanese movement.
Qassem also spoke about a number of issues on the Lebanese domestic agenda, including the war in Syria and Palestinian affairs within the country.
He said the Palestinian resistance has made Israel face a "new equation."
Last month, a botched Israeli intelligence operation in the Gaza Strip unleashed brief skirmishes after which Tel Aviv accepted a ceasefire after about 500 rockets were fired from the besieged territory at Israeli in a matter of several hours.
Qassem also said the situation on the ground in Syria is improving day by day, where victories achieved by the Syrian Army and its allies are quite visible now.
He said a political solution has to be found to the crisis but the United States is preventing it through its military operations in the Arab country and supporting certain militant groups.