Superjets in Iran ‘out of question for now’: Official

TEHRAN(Basirat): Plans to use Sukhoi Superjet 100 aircraft in Iranian airlines have been put on hold for now because the Russian planemaker has failed to receive a US license for sales to the Islamic Republic, an official says.

"However, it appears that due to the lack of license issued by OFAC (the US Treasury's Office of Foreign Assets Control), the arrival of the planes is out of question for now,” he told Iranian Labor New Agency (ILNA).

Superjets have more than 10 percent in American parts, the threshold for needing US Treasury approval. Russian officials had said Sukhoi was working on reducing the number of US parts in order to win an Iranian order for up to 100 aircraft.

However, the state-owned Russian company "was unable to do that,” Samani said, adding the replacement of American parts would probably be time-consuming.

Sukhoi Superjet 100 is the first newly-designed passenger aircraft built by Russia since the fall of the Soviet Union, and is aimed at challenging Canada’s Bombardier and Brazil’s Embraer in the regional airliner sector.

The aircraft, with a capacity of 68-103 passengers, was developed in partnership with Boeing and Italy’s Finmeccanica.

Last month, head of the Civil Aviation Organization Ali Abedzadeh said Iran needed some 500 planes, with Superjets being on its radars.

IranAir had ordered 100 from Airbus, 80 from Boeing and 20 from Franco-Italian turboprop maker ATR, but the US Treasury revoked licenses for their sales after President Donald Trump pulled the US out of the 2015 Iran nuclear deal in May.

Only 16 aircraft were delivered – 13 by ATR and three by Airbus - before the licenses were withdrawn.

Hence, Iran's aviation is facing serious headwinds, with Samani saying the new round of sanctions is harder to bypass than the past.

"Despite the difficult conditions created for the country’s aviation industry, each airline has plans to buy mostly second-hand but young aircraft,” he said. 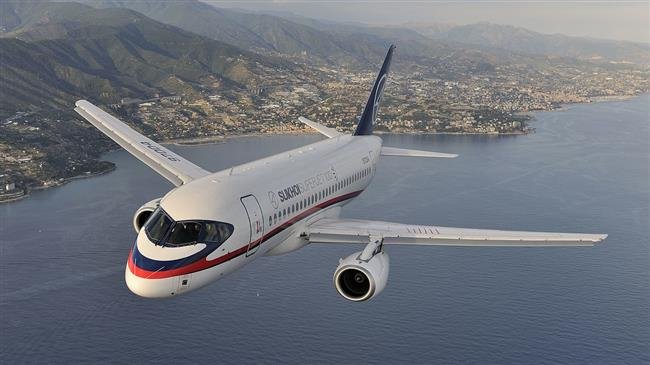 Last month, Abedzadeh said while Iran’s airspace remained open to all international flights, including US airliners, most European countries were refusing fuel to Iranian planes.

Fuel service providers in Europe and some other countries are citing new US sanctions in refusing to refuel Iranian aircraft.

Samani said despite the fuel sanctions on Iran’s air fleet, "we will not allow them to create any problem for our flights.”

"We have already been able to circumvent refueling sanctions in some airports,” he said without elaboration.

Iran is already angry with the EU over its failure to stop European companies from leaving the Islamic Republic.

For months, the Europeans have been working on a virtual clearing house to process Iran-related transactions independent of the US.

The three main countries behind the initiative - Germany, France and the UK – say they have set up a special purpose vehicle (SPV) to facilitate non-dollar trade with Iran. However, they appear to be passing the buck on who should take the responsibility for the system and house it.

So far, the Europeans have failed twice to fulfill their promises to get the system up and running.

They first pledged to make it operational before the US sanctions went into effect in August 2018.

Last month, EU foreign policy chief Federica Mogherini said she expected the instrument to be established before the end of the year but that date passed without any explanation on Monday.