Who Turned Syria Into a Land of ‘Sand and Death’?

TEHRAN (Basirat): President Donald Trump couldn’t be more accurate when he said on Wednesday, January 2, that Syria was lost a long time ago, and the US is getting out. He also said Syria doesn’t have “vast wealth,” only “sand and death”. 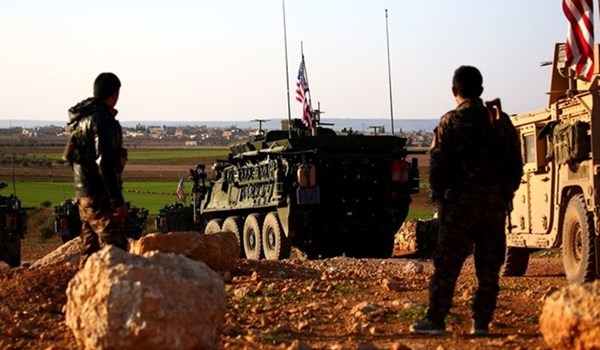 Trump went on to say that he has not set any official timetable for the US withdrawal, and that the times being talked about elsewhere didn’t come from him. This started weeks ago with talk of a 30 day drawdown, and has since been in the four month range.
Whether the four month figure came from the Pentagon or Trump, with an unnamed official saying it was the military "trying to please the President and not get everyone killed,” is not important at all.  The Pentagon might keep troops in Syria even longer if that’s what they want. What’s important to ask from Trump, however, is who did turn Syria, once a prosperous nation, into a land of ’sand and death’ in the first place?
This is not an invention long after the fact:
- Trump cannot turn a blind eye to this problem. Before his presidency, he said the "world’s biggest funder of terrorism” was Saudi Arabia - not Iran.  In his 2015 book, ‘Time to Get Tough,’ which was published ahead of the presidential election, Trump wrote: "Then look at Saudi Arabia. It is the world’s biggest funder of terrorism. Saudi Arabia funnels our petrodollars - our very own money - to fund the terrorists that seek to destroy our people, while the Saudis rely on us to protect them.”
- To support this, Trump cited a 2010 article from the Independent, which reports on a secret memo written by the then Secretary of State, Hillary Clinton. The memo, published by WikiLeaks, says Saudi donors "constitute the most significant source of funding to Sunni terrorist groups worldwide”. Now, of course, Trump says the exact opposite and we all know why. Iran helped Syria to defeat the terrorist group of ISIL; Iran is against the US-backed, Saudi-led war on Yemen; and Iran resists the expansionist policies of Washington, Tel Aviv and Riyadh (biggest US arms buyer) in the region.
- Despite the troop withdrawal rhetoric, the US has established its so-called zone of control in southern Syria (Tanf in Homs province), and has practically made the 55-kilometer area a safe haven for terrorists of the Jabhat Fateh al-Sham, formerly known as the Nusra Front. According to Russian Foreign Minister Sergei Lavrov, "Inside the al-Tanf zone, which the Americans unilaterally declared under their protection, terrorists are regularly reported to recover strength and attack Syrian army positions. This zone must be shut down immediately.” Of course, the US is turning a blind eye to such attacks because it didn’t send troops to Syria to fight its own terror proxies.
- The fact that the US has a long history of backing terrorist groups will surprise only those who watch the news and ignore history. The 2003 American invasion and occupation of Iraq created the pre-conditions for ISIL to take root. US occupation policy in Iraq exacerbated sectarian divisions and created a fertile breeding ground for Sunni discontent, from which Al-Qaeda in Iraq (ISIL) took root. It was then that US foreign policy makers decided to arm their Qaeda-allied militants with links to ISIL to invade Syria, because Syrian government is a key Iranian ally. Together they then took large swathes of land in the Levant and turned Syria - and Iraq - into ‘sand and death’, all while destabilizing the entire planet.
- There is a reason why Trump is so jittery now. America lost Syria and America lost its bogus "War on Terror”. In its Syria endgame, America never stops giving terrorists the motivation, the safe havens, and the resources to attack America’s foes. Put simply, America’s bogus War on Terror is terrorism; only, it is conducted in Syria on a much larger scale with jets and missiles and terror proxies on the ground.
Fortunately, Syria and its allies managed to defeat the foreign-backed terrorist groups. What Syria needs now is reconstruction, not Trump’s jittery and certainly not his pessimism, which could only create yet another fertile breeding ground for public discontent, from which another terror group could easily take root.
Under international law and international humanitarian law, those who watched or turned Syria into a land of ‘sand and death’ have a responsibility to contribute to the reconstruction of Syria to allow millions of refugees to return home. There were 1 million refugees in Jordan, the same number in Lebanon, and 3 million in Turkey. To avoid a new humanitarian catastrophe and to prevent new flows of migrants, European governments must support the policy of Iran, Russia and Turkey for national reconciliation and reconstruction. They should never play along with war-party Washington’s Syria endgame.
Source:FNA
Mideast accounted for over half of US arms sales in 2018
20 Syrian civilians as new US-led airstrikes target Dayr al-Zawr
Tags: basirat ، syria ، trump ، ISIL
Error Report
0