TEHRAN(Basirat): The Islamic Revolution in Iran changed the course of history and we believe that this revolution directly affects the fate of the Resistance and the region, according to Hassan Nasrallah. 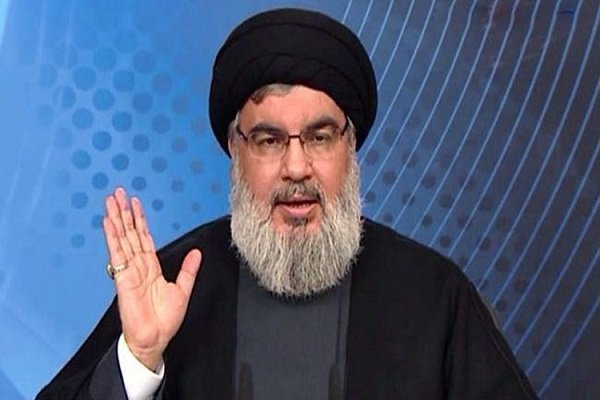 "We believe that the Islamic Revolution in Iran, led by Imam Khomeini, changed the course of history. This revolution is directly linked to the fate of Palestine, the Resistance as well as the whole region,” Hassan Nasrallah, the secretary general of Hezbollah said on Monday while addressing his supporters in Beirut on the 40th anniversary of the Islamic Revolution in Iran and few days after the announcement of the formation of the Lebanese government.

"We find ourselves among the first who attach great importance to the Islamic Revolution of Iran. Therefore, I call on all the people of Dahieya [in southern Beirut] to have a magnificent presence in celebration ceremonies that are held annulally on the 40th anniversary of the victory of the Islamic Revolution,” Nasrallah said.

The Hezbollah chief said that the Israeli prime minister is instigating the Americans, Europeans and regional countries against the Lebanese government.