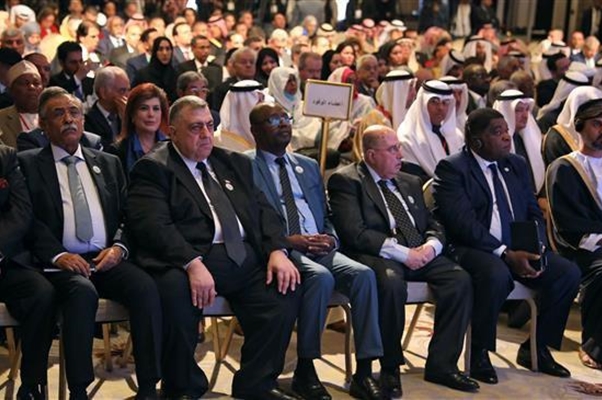 While the delegations attending the conference were discussing a draft version of the final declaration, representatives of Saudi Arabia, the United Arab Emirate and Egypt openly voiced their objection to one of the articles in the draft which calls for a ban on any normalization of ties with the Zionist regime of Israel.
"Despite the objections, Atef Tarawneh, Speaker of the House of Representatives of Oman who chaired the conference, rejected the three states’ demand to exclude the ban and once again underlined his country’s opposition to any normalization of ties with Israel,” a report by Tasnim news agency said.
He said all Arab nations are against any normalization of ties with Israel and the Arab parliament must accept the public will of the nations.
Delegates from Syria, Lebanon and Palestinian have already put their weight behind the ban on any normalization of ties with Israel and called on all Arab states to remain committed to it.
Kuwait Parliament Speaker Marzouq al-Ghanim also underlined the urgency to include the ban in the draft of the final declaration.
In an address to the conference, al-Ghanim urged the participating delegations to support Jordan’s stance on normalization of ties with Israel.
"The enemies don’t even like we talk about Palestine in our conferences,” he said angrily.
Al-Ghanim then called for diplomatic efforts to support the Palestinian cause and said "al-Quds has been our capital and will remain so in the future. Anybody who wants to support al-Quds should adopt practical measures.”
Finally, the article banning the normalization remained unchanged following extensive and hot discussions held among the participating delegations.
"One of the main steps to support our Palestinian brothers is to stop any convergence and normalization of tie with the occupying regime of Israel. There should be resolute and long steps in fight against any effort to normalize ties with Israel,” the article reads.
The 29th Arab Inter-Parliamentary Union’s conference kicked off Sunday in Jordan’s capital Amman with the main theme of "al-Quds, the permanent capital of Palestine”.
The two-day conference brought together parliament speakers and lawmakers from Egypt, Algeria, Kuwait, Lebanon, Morocco, Tunisia , Syria, Sudan, Somalia, Iraq, Yemen, the UAE, Bahrain and  many other Arab states.