TEHRAN (Basirat) : Iranian President Hassan Rouhani called on the Pakistani government to take decisive action against terrorist groups that harm the friendly and age-old ties between the two Muslim neighbors. 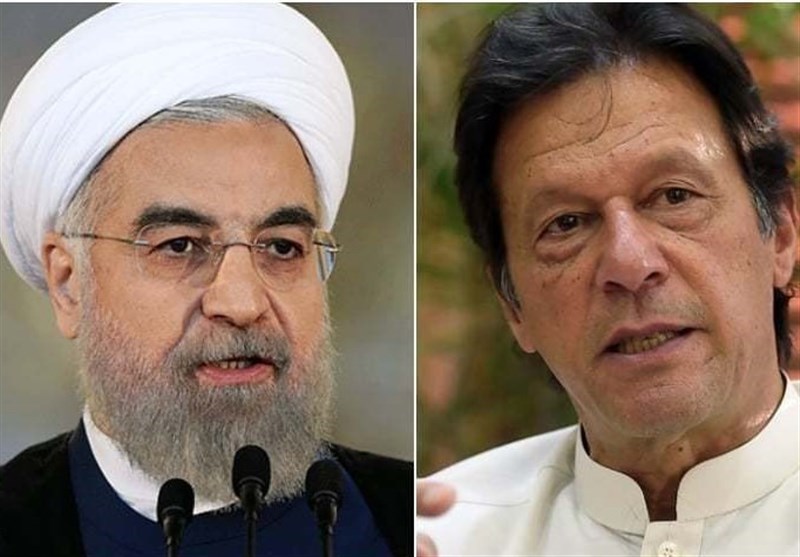 In a telephone conversation with Pakistani Prime Minister Imran Khan on Saturday, the Iranian president hailed the relations between Tehran and Islamabad as exceptional and historical, stressing that the senior officials of the two countries have a heavy responsibility to sustain and strengthen the ties.
Rouhani also called for Islamabad’s strong action against anti-Iranian terrorists, saying, "We should not allow decades of friendship and fraternity between the two countries to be undermined because of terrorist groups’ actions.”
"We should not let third parties affect relations between Iran and Pakistan with these actions,” the president’s official website quoted him as saying.
Iran knows exactly where the terrorist groups that use the Pakistani soil to carry out terrorist attacks on the Iranian nation are located, the President said, adding, "We are awaiting your strong action against these terrorists.”
He referred to a recent terrorist attack that took the lives of Iranian border guards in southeast Iran, saying, "We are witnessing many attacks by terrorists who are unfortunately based in the Pakistan, and in dealing with these terrorists, whose existence is not in the interests of us, you and the region, we are fully ready to cooperate with the Pakistani army and government."
"Continuation of these terrorist activities from the Pakistani soil could undermine the relations between the two countries,” he warned.
Rouhani also stressed that the Iranian forces are ready to cooperate with Islamabad to give a strong response to the terrorists, and said, "We are willing to continue our friendly relations with Pakistan.”
For his part, the Pakistani premier assured that the Pakistani army and government will do their best to eliminate the terrorists and will not let these terrorists use the soil of the country against neighbors, especially the people of Iran.
Expressing condolences over the martyrdom of a number of Iranian armed forces in the recent terrorist attack, Imran Khan said Pakistan would soon have good news on dealing with the terrorists.
"It is in the interest of Pakistan not to let terrorist groups use our soil, and the Pakistani army is ready to deal with terrorists more strongly with the intelligence provided by Iran,” he said.
The Pakistani prime minister also voiced Islamabad’s willingness for the development of relations with Tehran in all areas of mutual interest.
A bus carrying the Islamic Revolution Guards Corps (IRGC) personnel was traveling between the cities of Zahedan and Khash, in Sistan and Balouchestan, southeast of the country on February 13, when it was targeted in a suicide car bomb attack.
Twenty-seven IRGC members were killed and 13 others injured in the attack, claimed by the so-called Jaish ul-Adl terrorist group based in Pakistan.