TEHRAN (Basirat): A senior political commentator based in London highlighted reasons behind recent covert acts by Saudi Arabia to pursue a closer relationship with Israel, saying Riyadh is seeking “not only to deter Iran but also to bring the Shiites to their knees”. 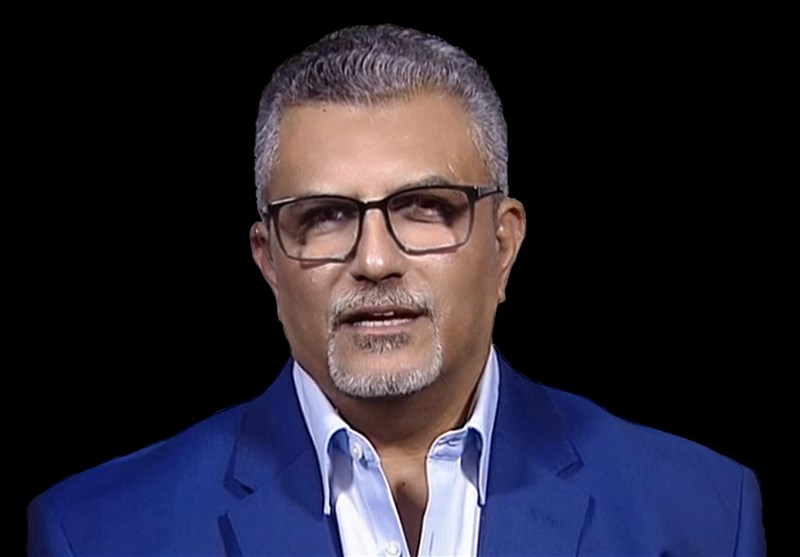 “In reality, this coalition of Israel, Saudi Arabia and others is coming together not only to deter Iran but also to bring the Shiites to their knees,” Riaz Karim told Tasnim in an interview.

“This is very transparent in the way Saudi Arabia and Bahrain treat their Shiite Population, however, Israel has much bigger aspirations of Eretz Israel or Greater Israel since land grabbing is their national time pass,” he added.

Dr. Riaz Karim holds a Ph.D. from Harvard University. He is also the Director of Veritas Centre for Strategic Studies in London. He is also an analyst and commentator for a number of media outlets around the world.

Tasnim: As you know, the Israeli and Saudi regimes do not have any official diplomatic relations but media reports have surfaced indicating extensive behind-the-scenes diplomatic and intelligence cooperation between the two. In your opinion, what goals is Riyadh pursuing by getting closer to Tel Aviv?

Karim: As the saying goes “Birds of a feather, flock together” so is the relationship between Saudi Arabia and Israel. Until now, there were denials rubbishing the idea that this relationship was not possible without first having peace in Palestine but Saudi Arabia and other oil rich nations of the region have decided to throw Palestine under the bus in order to further their agendas and geopolitical aspirations.

However, there is a little sticking point which according to Mohammed bin Salman is nothing to scream about and that is the king has reiterated time and again that there can’t be solid ties between the two countries without peace in Palestine and since the King is old and suffers from various ailments that disable him from making sound judgments and decisions, the Prince has already been sold on the idea that Palestine is the least of their problems and has taken upon himself to give the Palestinians an ultimatum of either accept America’s “Deal of the century” or face the consequences.

These countries are coming together under the banner of “fighting terrorism” which is a cover. In reality, this coalition of Israel, Saudi Arabia and others is coming together not only to deter Iran, but also to bring the Shiites to their knees and this is very transparent in the way Saudi Arabia and Bahrain treat their Shiite population. However, Israel has much bigger aspirations of Eretz Israel or Greater Israel since land grabbing is their national time pass.

It is also very important to make a distinction between Jews and Zionists because Orthodox Jews and people of other denominations are persecuted in Israel and treated as third class citizens just as Saudi Arabia treats their non-Sunni population.

There is currently frantic movement between the two countries who both use America as the go between in order to normalize the ties which bind them together. The kingdom looks to buy Israel’s Iron Dome system and advanced technology in order to stop missiles raining from Yemen while Israel looks to boost trade with rich Arab countries and further their agenda of Eret Israel (greater Israel) but the one common factor that makes these Rich Arab Oil Nations want to sleep with their enemy is the expanding power of Iran in the region and having a predominantly Shiite Nation come out on top cannot be stomached by either of them.

Tasnim: Recently, some media reports revealed secret links between top Saudi officials, including Minister of State for Foreign Affairs Adel al-Jubeir, and the Israeli spy agency, Mossad. Can we say that Israel has managed to infiltrate into Saudi Arabia and is dictating its policies to Riyadh? How do you see the future of relations between the two?

Karim: The story of Adel Al Jubeir being connected to Mossad first appeared in an American Website Odyssey which is an open creator platform for real people to share authentic ideas – They have deemed the story by British Journalist Jemma Buckley who first broke the story and cited Former CIA agent Philip Geraldi as her main source, as deceptive content, her story was found to be in violation of the website's rules and her account has been suspended since.

Also upon contact by the Editor in Chief of Veterans Today, in order to substantiate the story, the former CIA agent Philip Giraldi categorically stated that "I have never heard anything about the story, or talked to the investigator who is citing me as her key source, or even ever heard of her".

This story was first published on February 18, 2019, and was picked up by a few media outlets in the Middle East and is yet to be substantiated.

However, to answer the question, Israel does not need to infiltrate into Saudi Arabia. They do have a relationship that spans decades. Upon being confronted by The Washington Post, about his family's Jewish Ancestry, King Faisal Al-Saud Bin Abdul-Aziz gave a statement which rings true today.

“We, the Saudi Family, are cousins of the Jews: we entirely disagree with any Arab or Muslim Authority which shows any antagonism to the Jews, but we must live together with them in peace. Our country (Arabia) is the fountain head from where the first Jew sprang, and his descendants spread out all over the world,” King Faisal Al-Saud said in 1969.

As the “keeper of Islam’s two holiest places” and the world’s leading oil exporter Saudi Arabia becomes the de-facto leader to the Sunni bloc of nations and taking the lead in establishing ties with Israel translates to Israeli investment and technical expertise thus bringing Israel substantial economic benefits. This would also mean that Israel would have access to the vast territory between the River Jordan and the Mediterranean Sea. All these benefits and without giving in to Palestinian demands nor surrendering any land makes it a win-win for Israel any way one slices or dices it.

As such the love affair between The State of Israel and The Kingdom of Saudi Arabia has now been solidified with common aspirations. However, the Zionist State of Israel stands to gain much more than the Saudis do and when you throw the rich Sunni Arab countries into the mix, their pandering of the United States comes to fruition without having to follow complex pathways since both Israel and Saudi Arabia are allies of the United States and all three have one common enemy... Iran.

Tasnim: Generally speaking, how do you think about Saudi policies in the Middle East, including normalization of ties with Israel, and do you believe that regional countries would follow suit? If they would do so, how much are they ready to pay?

Karim: Saudi Arabia’s policies in the Middle East stand on 3 things. Firstly, making Saudi Arabia the most powerful Kingdom in the Arab world, Secondly, the Sunni/Wahhabi dominance not only in the Middle East but around the world for which they have already laid foundations of in many countries globally, and thirdly the annihilation of Iran and eradication of Shiite Islam.

In order to achieve all of the above or partial success, it becomes necessary to sleep with the enemy, especially if your enemy is aspiring of the same and more, the surprising part of this whole marriage is Saudi Arabia does not see what Israel’s ultimate goal is, and in order to achieve their goals and spread their ideology, Mohammed Bin Salman stands ready to fulfill a bridal role to Netanyahu.

Israel stands to gain much more from this marriage than Saudi Arabia and the Oil Rich Sunni Bloc. Having said that, in return, these countries do get “security” from Iran, both from Israel and the US. This proves that the propaganda machine which is super successfully operated by Israel and the US has been efficacious in demonizing Iran as enemy no 1.

The oil rich Arab countries want what Saudi Arabia tells them they want regardless of the price tag attached to it, and this works just fine for Israel and the United States because it translates to Multi-Billion dollar trade and what is good for the Goose is also good for the Gander.