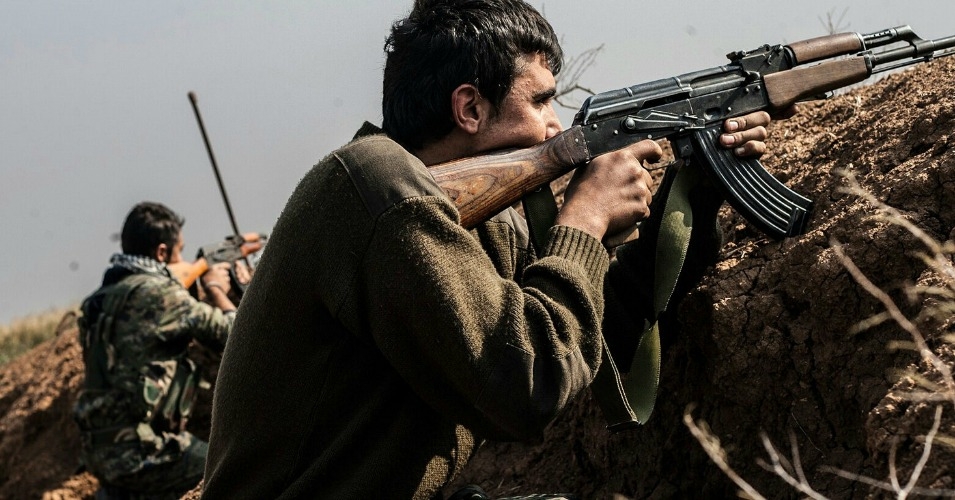 Weapons shipped to Jordan by the CIA and Saudi Arabia for use by Syrian rebels ended up on the black market, highlighting the dangers of the U.S. government's decades-old program to arm and train foreign fighters, a new investigation published Monday by the New York Times and Al Jazeera reveals.

According to U.S. and Jordanian officials, millions of dollars worth of weapons including Kalashnikov rifles, mortars, and rocket grenades were systematically stolen by Jordanian intelligence officers in a massive scheme and sold to underground merchants. Some of those weapons were used in the November attack on a police training academy in Amman that killed five people, including two Americans, and injured seven others.

The training program, which in 2013 began directly arming the rebels under the code name Timber Sycamore, is run by the C.I.A. and several Arab intelligence services and aimed at building up forces opposing President Bashar al-Assad of Syria. The United States and Saudi Arabia are the biggest contributors, with the Saudis contributing both weapons and large sums of money, and with C.I.A. paramilitary operatives taking the lead in training the rebels to use Kalashnikovs, mortars, antitank guided missiles and other weapons.

Despite these damning revelations, the investigation omits a few key details, as national security expert Marcy Wheeler pointed out on Monday.

Referring to the Times and Al Jazeera as the "official press" of the U.S. and Qatar, Wheeler notes that the investigation used intel from U.S. and Jordanian government sources, and with help from Qatari officials, but without any input from Saudi Arabia—despite the Saudi government's apparent awareness and concern about the issue.

Here's the thing. The article says the theft and sale of the arms has led to a flood of new weapons on the black market... Perhaps that’s true within Jordan. But the weapons came from the black market in the first place — from the Balkans and elsewhere in Eastern Europe, the story claims. If these weapons did come from Eastern Europe, what has really happened is that the US and Saudis have transported weapons to Jordan, only to have them appear back on the black market there, with some cash in the pockets of some Jordanian officers.

Meanwhile, the investigation notes that Timber Sycamore is run by U.S. and Saudi intelligence, but neglects to mention that Qatar is a "key player," Wheeler wrote.